Thanks to Lori Jablonski and Tom Hoffman (I’ve embedded Lori’s tweets below), I learned about a report from the Carnegie Corporation that includes charts created by big-time consultants McKinsey & Company. 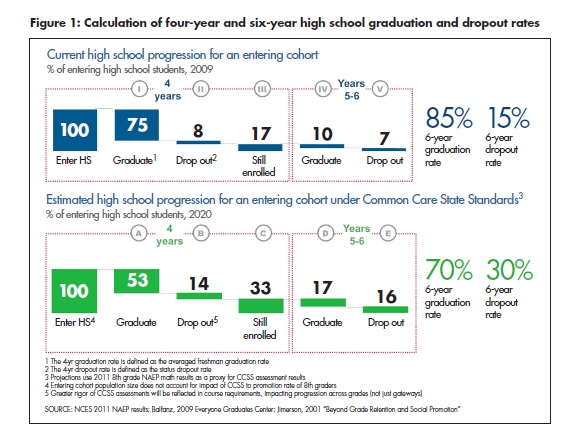 So, based on my quick reading of the Carnegie report, titled Opportunity by Design: New High School Models for Student Success, unless we create small schools and do blended learning, the drop-out rate will double over the next few years.

I’m no fan of the Common Core, though I have also recognized its inevitability in most states, including here in California (see A Collection Of My “Best” Lists On The Common Core).

But I am surprised that this chart has not received wider circulation to inform the debate.

…disaster that can be headed off only by complete ed redesign: small, selective schools; more public-private stuff; on-line learning…+

“The Story Behind the SAT Overhaul”