New York Magazine (and a bunch of other news outlets) recently reported on new research which found, as the headline of the magazine article and this post says, that “Asking for Advice Makes You Seem More Competent, Not Less.” 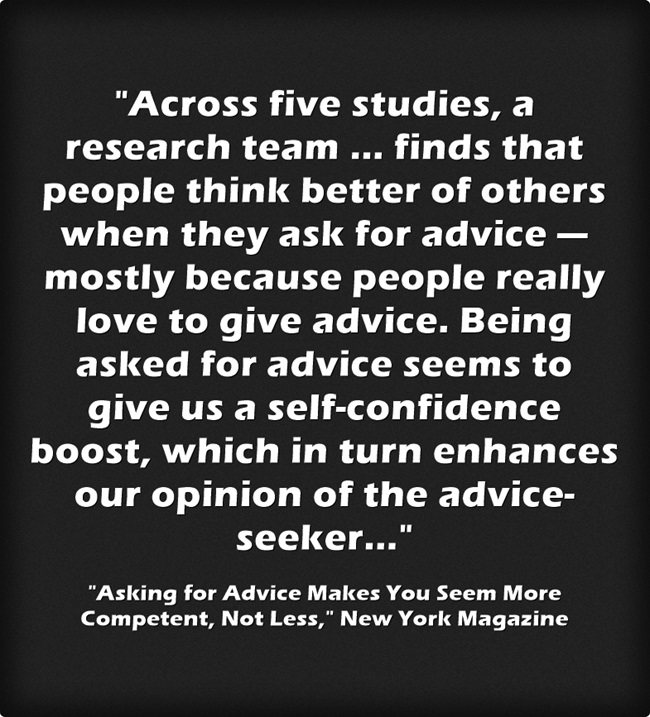 I’ve certainly found this to be true, and often ask parents and students for their teaching advice, and definitely never hesitate asking the same of my colleagues.

This seems to be a variation of The Ben Franklin Effect, which I’ve previously discussed on more than one occasion.

You grow to like people for whom you do nice things and hate people you harm.

And, as I said in that previous post, a classroom version is:

Many teachers know that an effective classroom management move to turn a disruptive student into an ally is by giving him/her responsibilities in the classroom — tutoring another student, offering them a key classroom job, etc.

How has advice-seeking worked for you?

Another Study Highlights The Impact Of Moving On Student Academic Progress