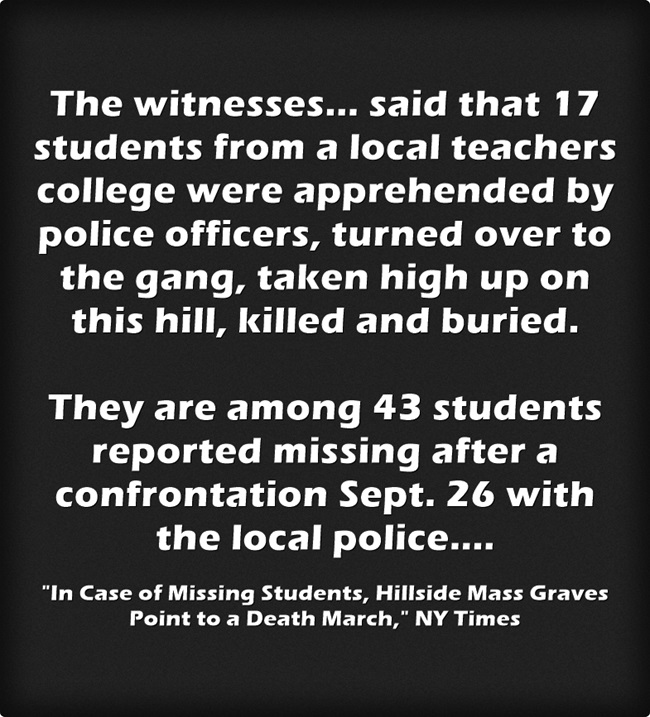 You’ve probably heard about the sad and tragic story of Mexican student teachers who were murdered by police and others employed by a drug cartel.

Here are links to articles about it:

In Case of Missing Students, Hillside Mass Graves Point to a Death March is from The New York Times.

Cartels, corruption, and the case of 43 missing Mexican students is from CBS News.

Mexican students recall clashes with police as massacre probed is from Reuters.

Thousands have been killed as a result of the drug war going on in that country (see The Best Sites To Learn About Mexico’s Drug War) and many of us have taught refugees escaping it.

This story is another one that just hits close to home.