“Is Philanthropy Bad for Democracy?”

Is Philanthropy Bad for Democracy? is the title of an article in The Atlantic written by a former foundation executive.

Though I’m always wary of after-the-fact public “confessionals” by people once they’re out of power and don’t have the ability to make institutional changes, it’s nevertheless an interesting piece that includes a number of comments about foundation-funded education reform efforts. 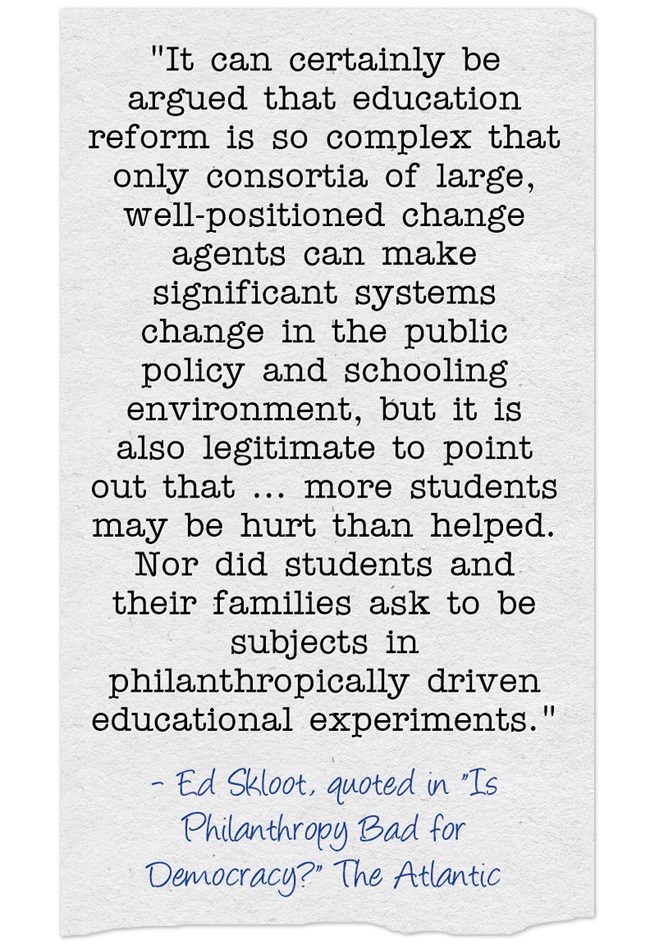 At about the same time that piece appeared, a completely uncritical post appeared in Medium titled Philanthropy’s Most Innovative Players Talk Metrics and Impact (thanks to Alexander Russo for the tip). This shorter article describes how many foundations worship data-driven metrics (not the data-informed kind). It’s depressing.

I’m adding this info to The Best Resources For Learning About The Role Of Private Foundations In Education Policy.

Quote Of The Day: Arne Duncan’s “Line In The Sand”