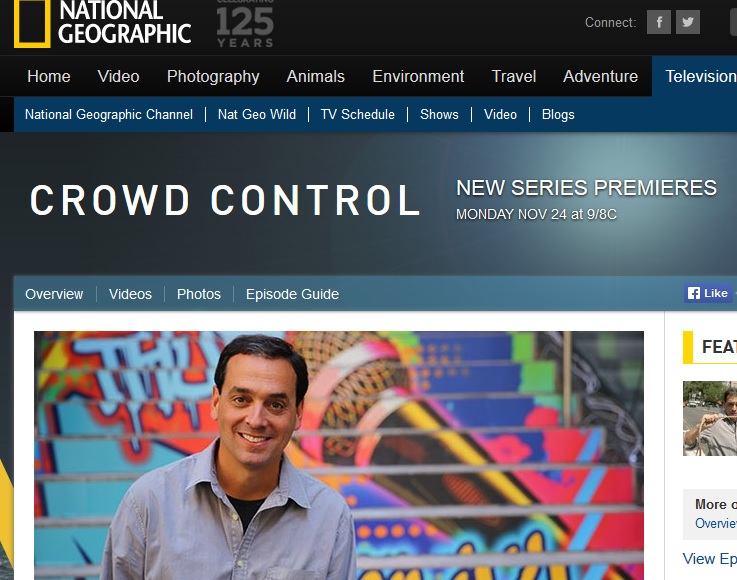 Dan is best known among educators for his book, Drive, which delved into the key issue of developing intrinsic motivation. I’ve written a lot about his work.

Here’s how the National Geographic Channel describes it:

In the new series, Best-selling author and expert Daniel Pink will use behavioral science to lead a series of experiments that show how we can apply the power of persuasion in our daily lives to reduce stress, minimize annoyances, improve health and increase happiness. Using hidden cameras to record his results, Pink will tackle the seemingly impossible task of righting everyday wrongs — from convincing partygoers to clean up their streets to stopping the senseless rush at an airport baggage claim.

You can read more in-depth discussions of his new show at these two links:

Adam Grant, another one of my favorite authors, interviews Dan about the new show.

This New TV Show Experiments With Design to Deter Speeding, Jaywalking is the headline of a Slate article about it.

It really looks like a great show. You can see lots of short, advance clips on its website.

Not only am I sure that I’ll learn a lot from it, but I also plan on showing clips to my IB Theory of Knowledge class when we study human sciences. After seeing them, I plan on challenging students to use what they’ve learned in class and from the clips to create their own — appropriate, of course — human behavior experiments. I’ll share how it goes….

I was able to preview the first show, and was impressed. It’s fast moving, and Dan applies recognized behavioral science findings to real-life problems, including using cash rewards to reduce speeding; fear and game-playing to reduce jaywalking and an unusual effort to try and reduce bicycle thefts. And, if you’re wondering, his cash rewards experiment doesn’t disprove the idea that rewards discourage intrinsic motivation. In fact, it reinforces the research that extrinsic motivation can work to change mechanical habits that require little creativity or higher-order thinking. Remember, though, that extrinsic motivation doesn’t encourage — and, in fact, dampens — those higher order skills.

By the way, in my original post about the show, I mentioned that one of the episodes featured a musical staircase designed to encourage people to use it more. I commented on its similarity to a “Fun Theory” video I’ve also shared. Dan later emailed me to let me know that earlier in that particular episode he discusses that original experiment and builds on it to create a staircase that encourages people to collaborate to create music when climbing instead of the mismatched chords individuals had created on their own. A creative modification, indeed!

Fortunately, we get the National Geographic Channel, and I’m looking forward to watching the entire series!

Do You Teach An English Class Outside The U.S. & Want To Have Your Students Answer Our Questions About Your Country?