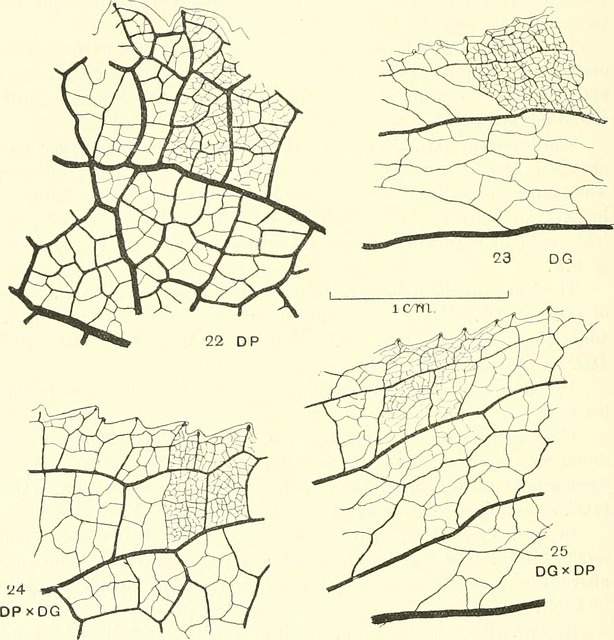 Another ugly face to the SEL debate was raised in a recent New York Times column — using a first step towards genetic engineering to promote the SEL quality of grit/resilience.

No, that last sentence was not a joke.

In The Downside of Resilience, Professor Jay Belsky (who works down the street at the University of California in Davis), suggests that we can genetically identify children who would be more and less likely to have resilience and then: 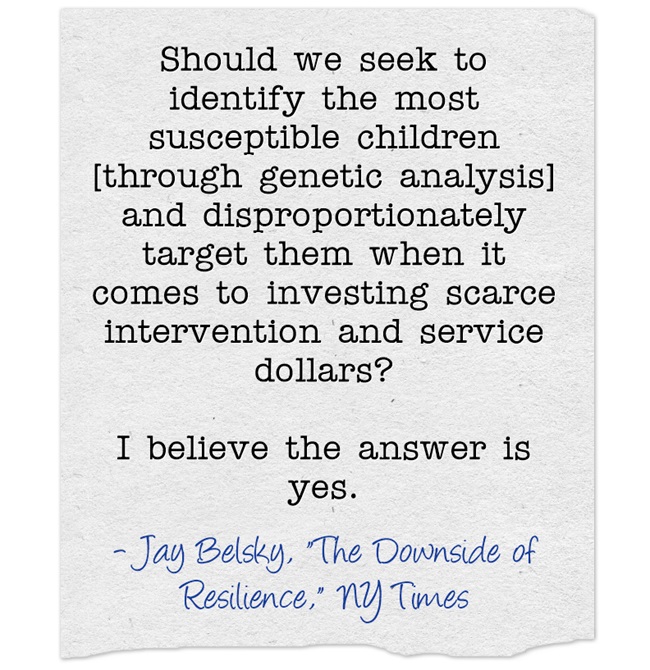 Professor Belsky, who appears to have a history of making dubious claims (see Salon’s article, Jay Belsky doesn’t play well with others), primarily supports his belief in this Brave New World by citing a study made by Professor Kenneth Dodge in the Fast Track Project. However, Professor Dodge seems to have come to the opposite conclusion:

“This study adds to the experimental evidence for the important role that environment plays,” Dodge said. “Genes do not write an inalterable script for a child’s life. And not only does the environment matter greatly in a child’s development, we’ve shown that you can intervene and help that child succeed in life.”

Anthony Cody has previously written about some of the connections between the eugenics movement and advocates of “grit.” I’ve got to say that, at the time, I thought his contention was overblown.

Now, however, this kind of column makes that connection clear — at least with some of these “grit” zealots. Anthony has written a post about this Times column, too, which I would suggest you read — The Resilience of Eugenics.

A few months ago I wrote a post titled With Friends Like David Brooks, Social Emotional Learning Doesn’t Need Any Enemies after The Times published another ridiculous SEL-related column.

The Best Resources For Using Puppets In Class