The Difference Between Failures and Mistakes 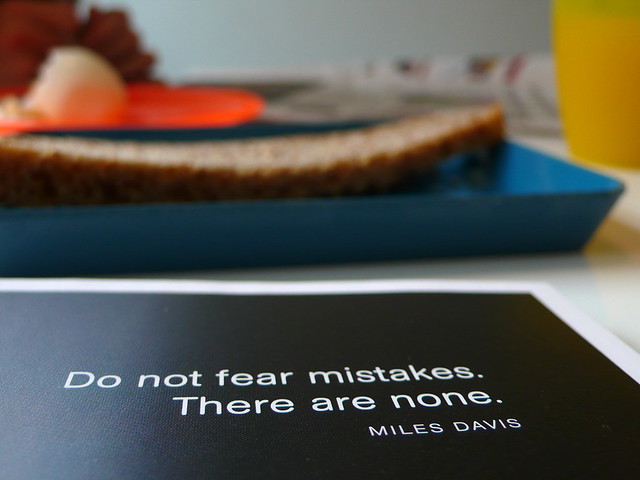 Quartz published an article today titled Should you tip or gift your child’s teacher this holiday season? A complete guide. In it, the writer includes this quote from me:

“The best gift is a note from a student saying thank you for what I do and/or sharing what impact being in my class has had on them,” Larry Ferlazzo, a Sacramento teacher, tells Quartz in an email. “One memorable note from a student said ‘One thing that I’ll always remember about you is that you never, ever let me fail.’”

Wait a second, you might wonder — isn’t failure “in”; isn’t Silicon Valley all into failure these days?

In fact, I even have a popular Best list titled The Best Posts, Articles & Videos About Learning From Mistakes & Failures.

I would suggest that there is a significant difference between mistakes and failures.

Most dictionaries define “fail” as “be unsuccessful in achieving one’s goal.” I would further clarify that by saying a “significant goal.” When I was a community organizer, we often talked about how people didn’t need our help to fail — they could do that quite well on their own. Our job was to do everything possible to help them be successful.

Failure can be debilitating and life-altering in a negative way if one doesn’t have experience of recovering from it before and the self-confidence that one can overcome it. I think it’s safe to say that most of our students don’t have either. That’s why research has found that one of the most traumatic experiences a child can have is being held back a grade.

Failure for a student, I would suggest, is the experience of not making progress towards their key hopes and dreams. One of the many jobs we teachers have, then, is to help them see that challenges they might face are just mistakes, which the dictionary defines as “an error in action, calculation, opinion, or judgment caused by poor reasoning, carelessness, insufficient knowledge, etc.”

I would suggest that we want to encourage a student mindset that making mistakes is important, useful and necessary for growth and movement towards their self-identified (with some teacher guidance, too) life’s goals.

Perhaps some of us can learn from failure and use it as a powerful force to move forward.

When Is It Time To Let Students Sleep In Class?

What Did President Obama Say About Teachers Tonight?