What A Great Idea — “Surprise Journals” — & It Has Student Examples, Too! 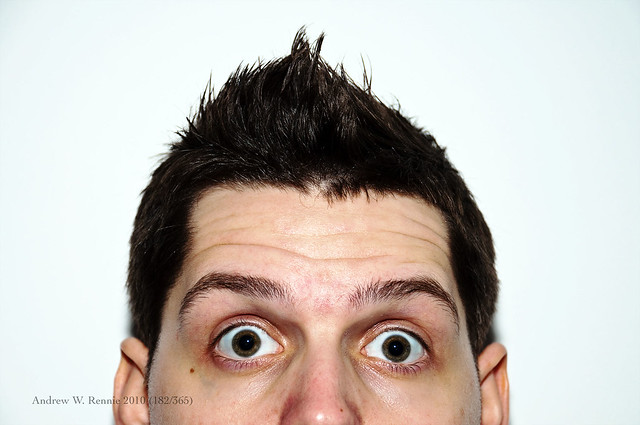 Surprise! The most important skill in science or self-improvement is noticing the unexpected. is a great article in Slate by Julia Galef.

She discusses a number of issues — specifically related to science bu applicable to all sorts of areas — related to dealing with our assumptions and biases. And she describes how surprise can be used to deal with them effectively.

I was particularly intrigued about how she described a science teacher had applied the idea of having students create “surprise journals.”

After I gave a talk about surprise and confirmation bias in July, the teacher I mentioned, named Charlie Toft, emailed me to tell me he was borrowing my surprise journal idea to test out in his science classes. Over a school quarter, each of his students had to record at least 15 moments in which they experienced surprise, and for each one, ask themselves two questions: Why was this surprising? And what does that tell me about myself?

The results have been encouraging. Toft collected more than 1,000 moments of surprise in total, and he shared some with me. In many cases, students’ surprise stemmed from a mistake that they realized they could have prevented. For example:

Moment of surprise: When we thought we were early to the airport, but we were late.
Why it was surprising: Because we planned ahead before the night of the flight, but we had the time wrong.
What this tells me: that before planning ahead make sure the information you have is correct.

She gives other student examples, too.

This would be a great project in any class – not just science. I plan on trying it out in my IB Theory of Knowledge classes (we’ll be studying Human Sciences this month) and also with my English Language Learners — why not have them try keeping a journal of things that surprise them about the English language? What do you think?

This could be a lot of fun!

I’ll end with another excerpt from the article: 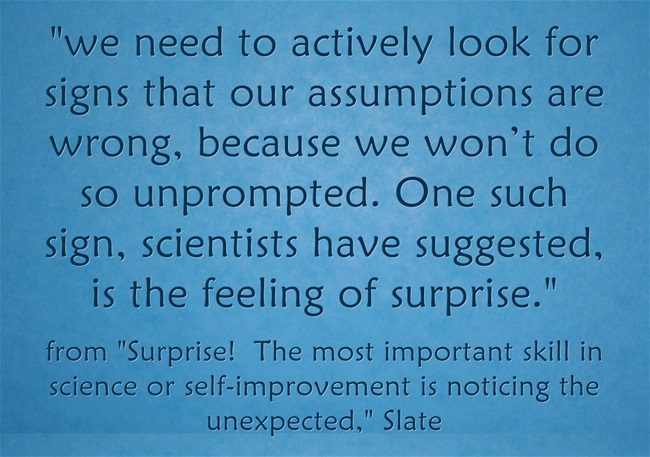 Since I can’t think of a better place to put this post for now, I’m adding it to The Best Posts On Curiosity.

Focusing On Neighborhood Assets — One Of My Favorite Lessons!

“How to Turn Students into Self-Motivated Learners”