Arne Duncan: Why Change When We Can Continue To Do The Same Thing Wrong?

As expected (see Quote Of The Day: Arne Duncan’s “Line In The Sand”) U.S. Education Secretary today called for a continuation of annual student standardized testing.

You can read more about it at:

Here are statements from Randi Weingarten and Lily Eskelsen García:

It shouldn’t MT @PoliticsK12: .@NEAMedia not backing off on its push for grade-span testing, despite @arneduncan‘s defense of annual tests.

Here are some excerpts from them: 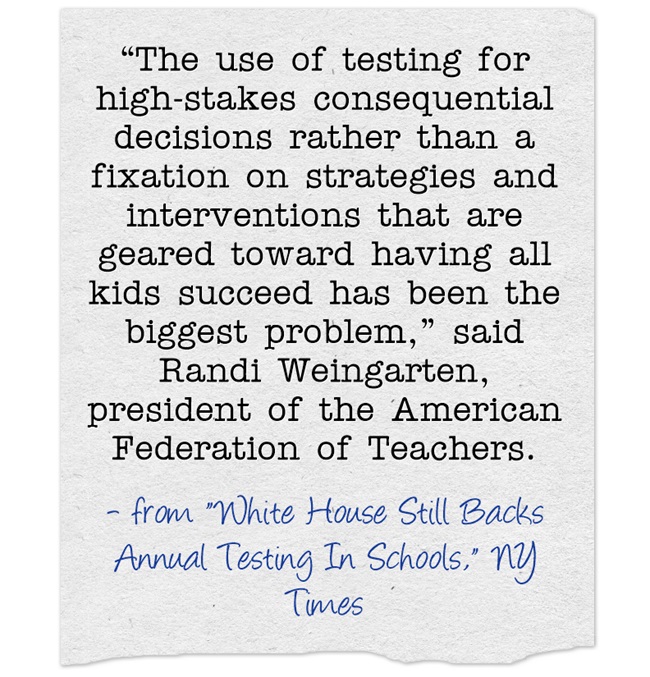 I’m adding this post to The Best Posts On How To Prepare For Standardized Tests (And Why They’re Bad).

Tax Cut Terrible For Us, Our Students & Their Families, But At Least The Onion Was Able To Get An Ed-Related Laugh Out Of It

The Best Resources On Social Capital In Schools

Quote Of The Day: Teacher Gives Testimony To Senate Committee