No, The “Cone Of Experience” Is Not “Research-Based” & Yes, Some People Debunking It Have Way Too Much Time On Their Hands 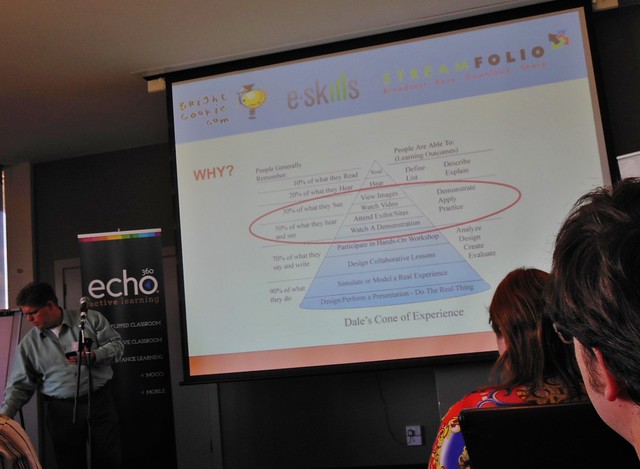 We’ve all heard about or seen the perspective of the so-called “Dale’s Cone of Experience” that says:

I had originally heard that it was developed by William Glasser, but then learned from his organization that, though he had described it as an accurate reflection of his own experience and sometimes described it as such, he did not originate it nor would he vouch for specific research backing it up.

A few years ago, while searching online, I discovered that, in fact, there wasn’t research specifically supporting those percentages.

Now, a group of people who have apparently been making a major effort over the years to point this fact out have written four articles documenting how they say it’s been misused over the years.

I’m sure they’re right about the inaccuracy of the specific percentages, and I agree we should throw out the Cone. But there is an enormous quantity of research that supports the idea that constructivism is substantially more effective than lecture or direct instruction for student learning. Here are links that research:

The Best Posts Questioning If Direct Instruction Is “Clearly Superior”

So, sure, spend a little time stomping on the Cone if you feel like it. But spend a whole lot more time conveying and acting on its research-supported main message — that “learning by doing” is the way to go…

Interesting Study On “Transfer” Reinforces Effectiveness Of “Learning By Doing”

No Surprise: Study Finds Immigrant Students Have Trouble Concentrating When Laws Are Passed Attacking Them