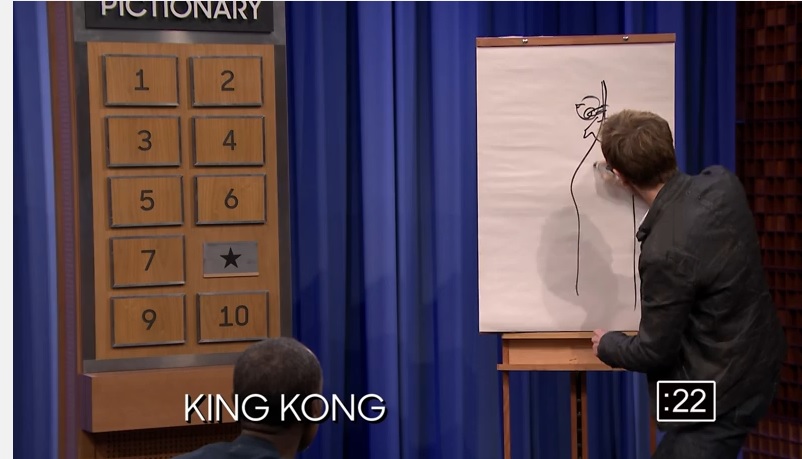 A regular feature on this blog has been highlighting all the games that Jimmy Fallon plays on his show that are great ones for English Language Learners.

Last night, he played another one that most teachers are familiar with — Pictionary.

Show him playing it with several other stars could be a fun model for students prior to playing the game. When I do it, I model a game in front, and then divide the class into groups of three. Then, in the small groups, everyone gets a chance to be the decider/drawer of the word while they play it three times.

I’m adding this post to The Best Ideas For Using Games In The ESL/EFL/ELL Classroom.