As plenty of studies show, pressure and sanctions can get people to do mechanical tasks, but that kind of extrinsic motivation doesn’t encourage — and, in fact, discourages — work that requires creative and other higher ordering thinking (see The Best Posts & Articles On “Motivating” Students).

A new study via the Calder Center has just come out reinforcing those findings. It shows that, though many of the actions required by the No Child Left Behind Act resulted in more students actually going to school, they have ended up in reducing the development of Social Emotional Learning skills that are required for long-term student success, particularly among students of color and those who face other challenges. 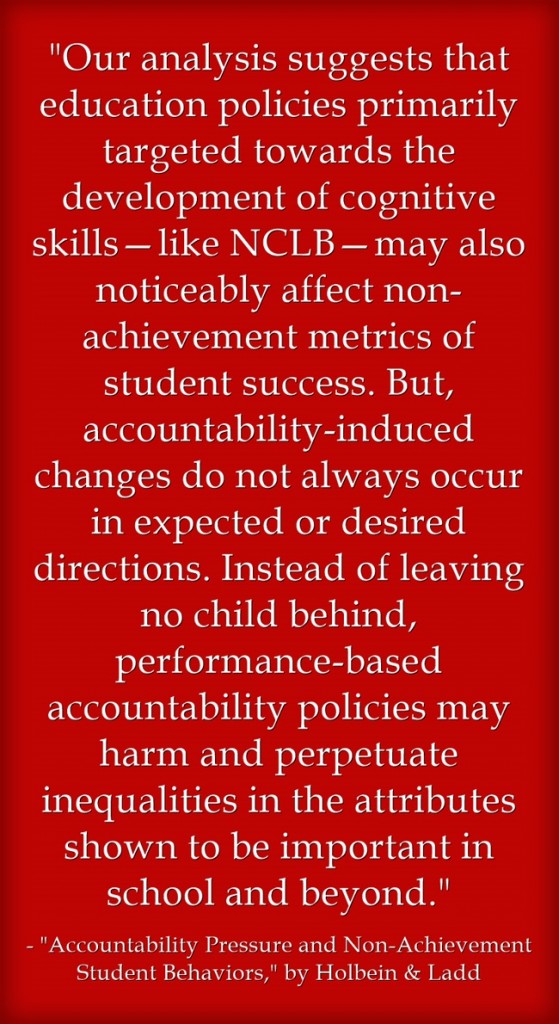 Quote Of The Day: I Love What This Nobel Prize-Winner Says Students Should Be Taught At School

Intriguing New Study On “Student Engagement” & How To Define It