Is “Draftback” A Cool Toy You’ll Use Once Or Potentially An Effective Tool For Teaching Writing? 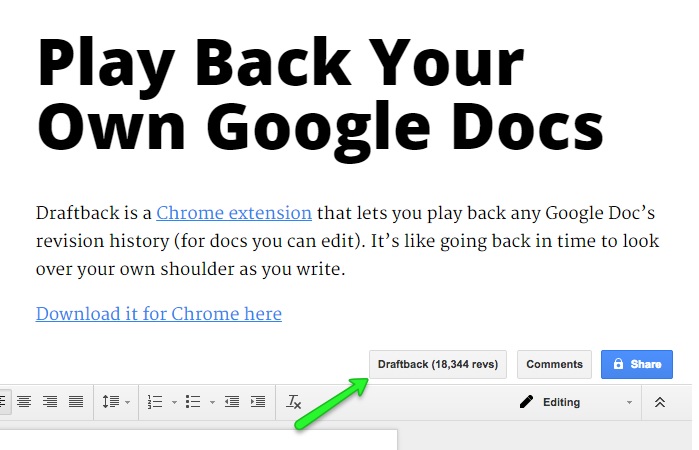 It allows you to see the entire writing process unfold for any Google Doc. In other words, every mistake, correction, revision, etc. — either in the “realtime” it took or in a “speeded-up” time. You can then easily embed the created “Draftback.”

As my headline says, I’m not sure if it’s just a cool toy that people will use once to try it out, or a tool that could be very effective in teaching writing to students.

I’ve embedded a simple document I created that illustrates some simple revisions I did for an essay’s “hook.” One way I’m thinking Draftback could be used is a sort of game — students see an example like this one and then have to identify what changes were made and for what reason. What do you think? Can you think of other ways to use it in the classroom?

(For some reason, in the first few seconds it shows the entire passage being erased, and then starts from the beginning. I’m not sure if I did something wrong, or if it’s a glitch in the extension)

For now, I’m adding it to The Best Posts On Writing Instruction, but it might end up getting removed from that list.

Sing A Christmas Song With Elvis