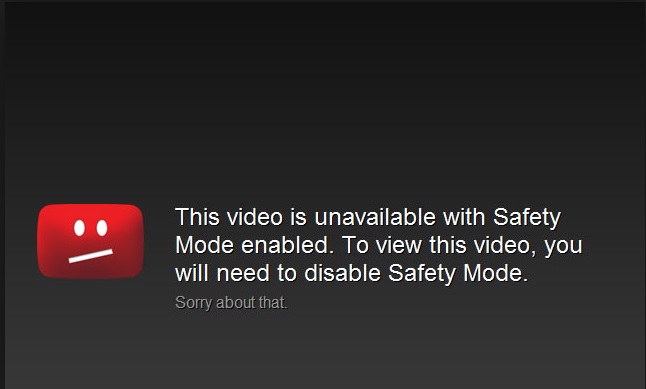 Our District has just activated YouTube’s Safety Mode, and it’s just awful. Teachers are up-in-arms because so many videos are blocked. Just today, I found videos that I often used in class like newsreels from the Spanish-American War, clips from movies about the Battle of Waterloo, even Charlie Chaplin’s “Gold Rush” silent film are now blocked.

I put this question out on Twitter today, trying to find out if other district’s have been able to just activate it for student accounts but leave teachers free from the restrictions. Here’s one response I received — any other ideas?

What Will You Do Differently Next School Year?