There has been a lot of media attention over the past few days about a new study suggesting that the brains of low-income children are smaller than those of more affluent kids.

Here’s an excerpt from one report about the study. It’s from the BBC, and is titled Poorer children ‘have smaller brains’, researchers say: 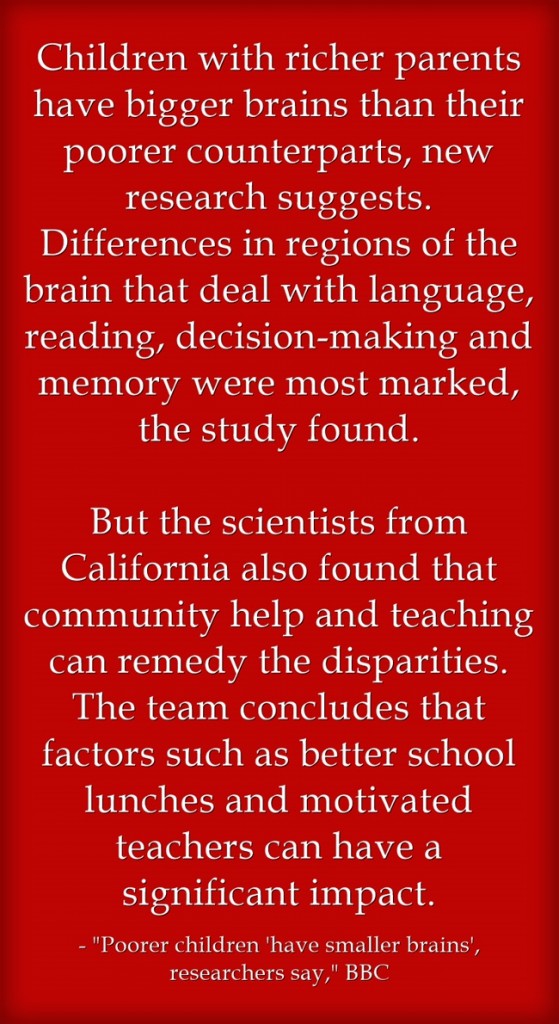 Coincidentally, Researchers from MIT and Harvard have just announced similar results from a much smaller study.

I have mixed feelings about this kind of research. On one hand, it might provide a little more “ammunition” to get provide more resources to schools and families in low-income communities. On the other hand, it also gives an opening to people like Charles Murray to try to manipulate these kinds of results into the idea that intelligence islargely genetically-based (as he does in the Post article about the study).

Poor Children May Have Smaller Brains Than Rich Children. Does That Tell Us Anything? is from Slate.

You might also be interested in The Best Resources For Showing Students That They Make Their Brain Stronger By Learning.

Quote Of The Day: Historical Misuse Of Standardized Testing