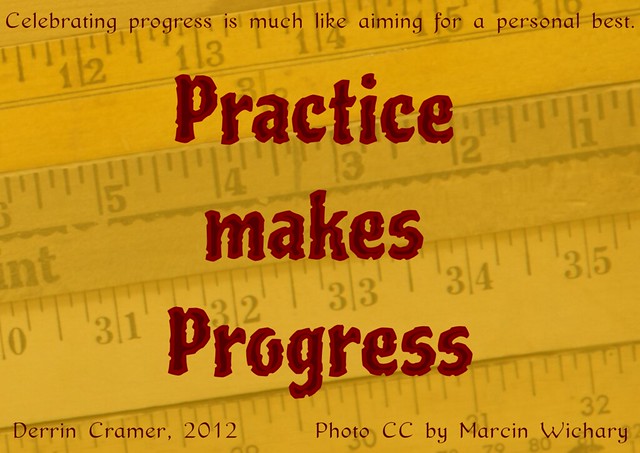 I’ve posted a lot about deliberate practice (see The Best Resources For Learning About The 10,000 Hour Rule & Deliberate Practice), include recent criticisms of its importance.

I’m prompted to write about it again after seeing this tweet today:

You’ll find resources on the Hambrick study the tweet refers to at my previously mentioned “Best” list. The tweet did prompt me to wonder if Karl Ericsson ever wrote a response to it. I discovered he did and, among other critiques, he says that Hambrick included many studies in his review that did not really include the elements of what Ericsson had originally identified as important to deliberate practice.

I don’t believe that there is anything like a silver bullet for anything, and I don’t think Ericsson really ever suggested, or suggests, that deliberate practice is one. However, I do think that others have interpreted it that way.

In searching for Ericsson’s response, I came upon a piece written by Duncan Smith, who writes a blog called Red-Green-Code. He offers what I think is a pretty fair description of both “sides” of the talent/practice debate, and also hits on what I think is the key point of it all.

Can any person with average physical and mental abilities reach a world-class level of expertise in any skill by following a practice system designed by an expert instructor for a sufficient length of time?

Even after making the usual caveats, like excluding 5.5-ft NBA hopefuls, this question will generate opinionated responses. But while it’s an interesting scientific topic, it’s often not the question that people really care about when they’re trying to improve their abilities. The more relevant question for this purpose is:

What is the most efficient way for me to get better?

The advantage of this question is that regardless of which side of the nature/nurture debate you’re on, once you choose a skill, the answer is the same: deliberate practice.

“A Taxonomy Of Reflection”