A Practical Example Of Trust, Self-Control & Choice In The Classroom 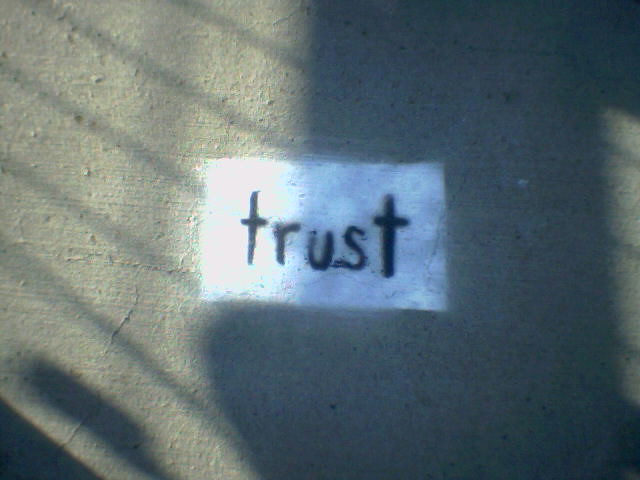 Tomorrow is our annual insane twenty-hour field trip to San Francisco with eighty students. Actually, this year we’re taking thirty fewer students, so perhaps it will be slightly less insane.

I obviously won’t be in the classroom that whole day, and I’m old enough to need the following day off to recover.

About a third of my IB Theory of Knowledge students will be going to San Francisco, and they’ll be back in class on Wednesday.

The sub will be showing the movie, “A Thousand Words” (with Eddie Murphy), which is a fun film for making TOK connections. At the same time, however, students know that the first draft of their TOK practice essay is due next Tuesday. Many wanted the option of working on the essay instead of watching the movie. I was fine with that, but explained that the school has a reasonable rule that substitutes can’t take classes to the computer lab or to the library. A few said that it wasn’t a problem — they could take notes from their book. Others, however, wanted to know if they could use their cellphones.

I reminded students about The Marshmallow Test we had studied as part of our unit on Human Sciences, and how cellphones have become the new marshmallows.

Then, I said that I would be okay with their using cellphones — if they could commit to just using them for working on their essay. I told students I wanted them to think for a moment if they felt like having their cellphone out would just be too tempting for them to use for other purposes and, if they did, I wanted them to raise their hand and I would make a list for the sub so he/she would know who could not use it. I further explained that I would have a great deal of respect for those who were honest and self-aware enough to know their temptations, and we had learned from The Marshmallow Test that a mature and effective way to strengthen self-control was to not put ourselves in positions that would weaken it.

Eight students raised their hand in one class and seven in the other.

In the first class, one student first raised his hand and, after I praised him for his honesty, the others quickly followed. In the second class, I was able to say that eight had put their name on the list in the previous period, and then seven quickly raised their hands.

I told the other students that, if they were going to use their phones when I wasn’t here, I really wouldn’t have any way of knowing if they were following through. However, they had given me their word (during the class I spoke personally with each of them for a moment), and they would know if they were people of their word.

We also talked about what students would do if they were using their phone and gave into temptation — the class response was that individuals should then put away their phones.

I’m quite confident that most, if not all, will keep to their commitments. Their use of cellphones inappropriately in my class is a minimal issue, and it’s been a bigger problem in my ELL Beginners/Intermediate class (where students are younger and some have been out-of-school for years).

I’ve got to say, though, that I think I’d have the same level of confidence with my sophomore/junior ELL U.S. History/World History class, so I don’t think this kind of trust needs to be limited to “advanced” students.

When I return on Thursday I plan on having students respond anonymously about if they kept to their commitments or not (of course, I might also receive an inkling in a report from the sub – if she/she actually leaves me a note). I don’t expect to receive an unpleasant surprise, but who knows? I’ll let you know what I learn.

Not “The Best,” But “A List” Of Ways To Convert PDF & Word Documents

Creating Websites Article In The WSJ

Quote Of The Day: LeBron James On A Growth Mindset