In yet another addition to the long line of research showing problems with extrinsic motivation, the results of a new study designed to reduce school truancy was announced (How Do You Motivate Kids To Stop Skipping School?).

Researchers offered a reward to students for school attendance over a month-long period. Most students increased their attendance during that time, but then, as most previous research has demonstrated would happen, they immediately reverted to their previous attendance rate once the reward system was gone.

However, sixty percent of the students who had the lowest attendance rates at the beginning not only did not improve enough to gain the reward — after the reward system ended their attendance got a lot worse. In fact:

They were now only about one-fourth as likely to show up for class as they had been before the reward scheme was introduced.

Here’s how the NPR report ends: 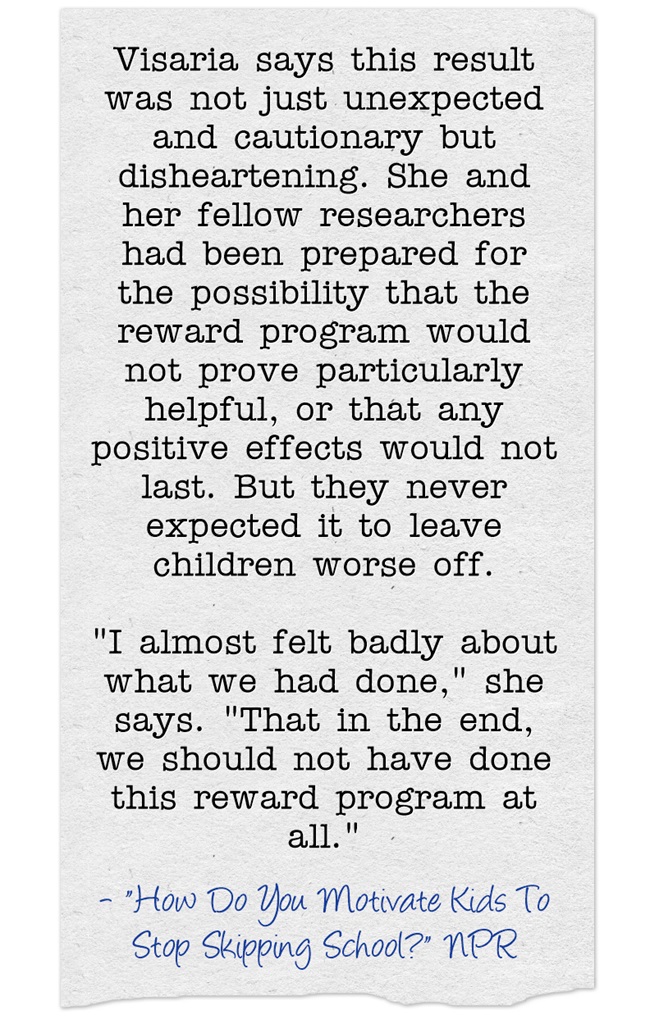 “Do E-Books Make It Harder To Recall What You Just Read?”