Did The NY Times Just Demonstrate The Next Generation Of Infographics? 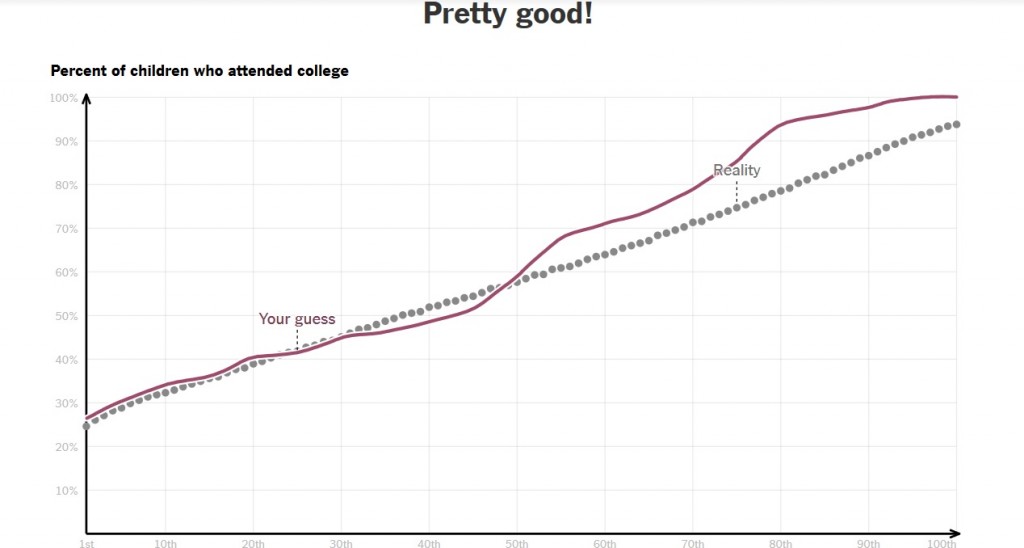 In case you didn’t see it, earlier this week The New York Times published a “do-it-yourself” interactive infographic. readers were presented with a chart where they were challenged to draw what they thought was the relationship between family income and college enrollment.

Once you drew it, you were shown how close it was to reality and told you how much better or worse you did compared to others who had tried.

You can read more about it here.

New TED-Ed Animated Video: “The rise and fall of the Inca empire”

Some More On The Inauguration