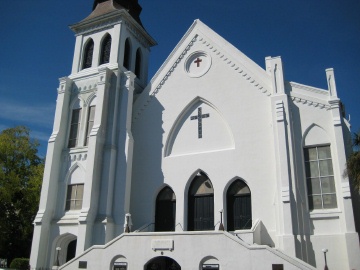 You’ve no doubt learned about the awful hate crime last night in Charleston.

Both NBC News and The Guardian seem to have particularly thorough central webpages with updated reports.

Here are a few tweets from this morning:

The church where #CharlestonShooting took place has a donate button if you want to help http://t.co/fpHnvHjIc1 #Charleston #CharlestonSC

A closer look into the lives of the victims of the Charleston, SC church massacre. http://t.co/MKFAIKuxmf pic.twitter.com/hYhVkTVLDd