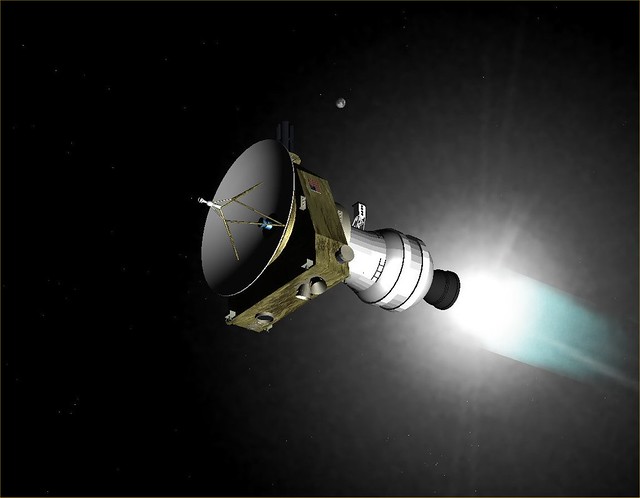 NASA’s New Horizon’s spacecraft will be arriving at Pluto shortly.

You can access tons of visuals and infographics on the mission at a special Pinterest page NASA has created about the mission.

Images of Pluto From NASA’s New Horizons Spacecraft is from The New York Times.

Pluto comes into focus is a really cool interactive from ABC in Australia.

The Journey to Pluto is from The Wall Street Journal.

From Pluto to the Sun is also from The WSJ.

Humanity reaching out with New Horizons is an interactive from The Washington Post.

And here’s a neat video the National Space Society has created:

Here’s one from Vox:

I once showed Pluto to Pluto. He looked delighted. Or maybe that’s his reaction to everything. pic.twitter.com/mhLZ5t7LoN

Here’s an Associated Press interactive on the mission.

NPR has created this video, which contains “Hundreds of images from the space probe New Horizons mission stitched together with a poem by Ray Bradbury.”

See the Pluto portrait 85 years in the making is from The Washington Post.

You might also be interested in a ton of “Best” lists related to space you can find here. This is just a small sample:

The Best Sites For Learning About New York City