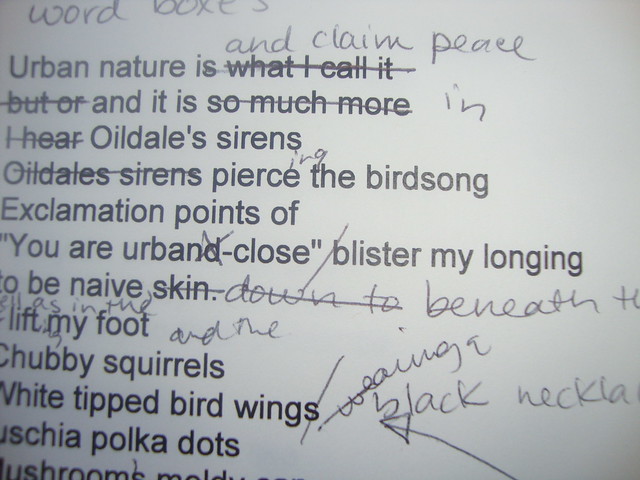 Four ways to give ELL students feedback on their writing is the headline of one of my latest Teaching English – British Council posts.

17 Approaches for Encouraging Students to Revise Their Writing is a five part series in my Education Week Teacher column.

Many teachers, including me, have experienced the struggle of getting our students to buy into seriously revising their original drafts.

I’ve tried modeling my own writing process, and have met with limited success.

I’ve previously posted this sixth-grader interviewing President Obama. He cut the President off when he began talking about students needing to revise their writing, and that reflects many students’ feelings about it:

I was prompted to think about this by finally getting around to reading a late March New York Times column titled What’s More Important to You: the Initial Rush of Prose or the Self-Editing and Revision That Come After It?

I thought that this excerpt, in particular, would be a good one to share and have my mainstream students (I think it might be too difficult for my ELLs) respond to a prompt along the lines of:

According to Cheryl Strayed, what kind of relationship do original writing and the process of revising it have with each other? Do you agree with her? To support your opinion, be sure to include specific examples drawn from your own experience, your observations of others, or any of your readings. 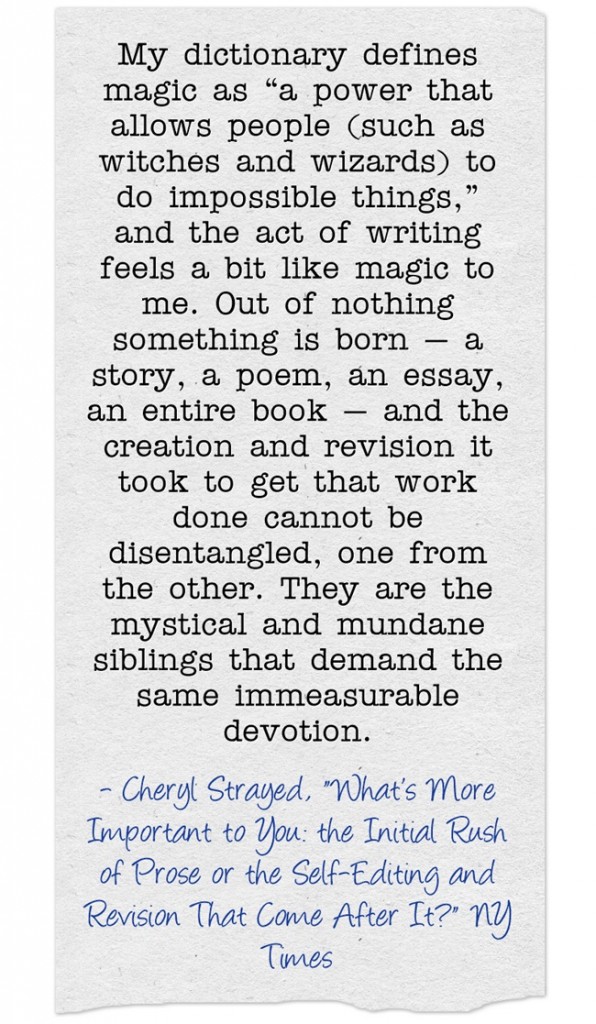 Revision is important. I Fixed Katy Perry’s Tweet That No One Could Understand http://t.co/sJnFuQwBTl via @ira

One of the best examples of revision is in the appendix of Stephen King’s book “On Writing”. He shows the first page of one of his novels, then shows a scan of his original draft, complete with hand-written revisions and notes. He then justifies each revision.
Could be a good piece to use with students.

Video: Ta-Nehisi Coates On The Importance Of Revision

Quote Of The Day: “Writing Is Selection”

Video: “George Saunders Explains How to Tell a Good Story”

Even the president revises. No one would dare read a 1st draft State of the Union Address. pic.twitter.com/GB5OQNxI7W

Five Steps To Revision: Warm and Cool Feedback is from the Teaching Channel:

A6: Like this chart on revising. Kids can pick the stance that speaks to them. #G2Great pic.twitter.com/XrWVagiBD5

Getting Strategic About Teaching Revision in Writing appeared in Ed Week.

4 Strategies for Teaching Students How to Revise is from Edutopia.

THE ART OF REVISION: MOST OF WHAT YOU WRITE SHOULD BE CUT is from Lit Hub.

What I write is smarter than I am, because I can re-write it.
SUSAN SONTAG#amwriting #writing pic.twitter.com/4JYWHS7Ek5

Keep Rewriting Alive in the Classroom is from Ed Week.

I write to find what I have to say. I edit to figure out how to say it right.
CHERYL STRAYED#amwriting #writing pic.twitter.com/olqoS3PgFS

Why I (Re)Write? #NationalDayofWriting is from Used Books in Class.

Rethinking Revision: The Real Work of Writing appeared in Middleweb.

Students often get discouraged when they receive copious feedback on their writing. But show them this: Pulitzer Prize winning author Robert Caro edits himself, harshly. There is no great writing. Only great re-writing. pic.twitter.com/lDI4SoOFvo

How to Edit Your Own Writing is from The NY Times.

Here’s why students don’t revise what they write – and why they should is from The Conversation.

For student writers too. https://t.co/skvIbRLXBt

Here’s why students don’t revise what they write — and why they should is from The National Writing Project.

Good to show students so they can see the value in making revisions https://t.co/mzbLBKSrrK

What are your other suggestions?

The Best Year-End Collections Of Images — 2012

Two New Useful Resources On Teaching Writing – And An Old One