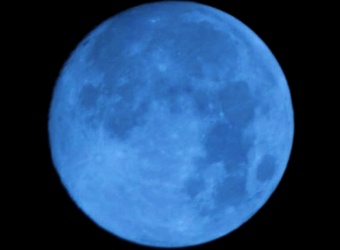 If anything unusual happens to you Friday, you’ll be right to say it was “once in a blue moon.”

The July 31 appearance of the month’s second full moon will be the first such occurrence in the Americas since August 2012. Every month has a full moon, but because the lunar cycle and the calendar year aren’t perfectly synched, about every three years we wind up with two in the same calendar month.

But Earth’s satellite will most likely not appear blue at all.

Here are some additional resources on Friday’s event:

Source SPACE.com: All about our solar system, outer space and exploration

The Best Resources About The “Supermoon”

The Best Resources For “Moon Day”

The Best Resources For Learning About The Blood Moon

‘Beyond: Visions of Our Solar System’

The Best Sites That Show Statistics By Reducing The World & The U.S. To 100 People