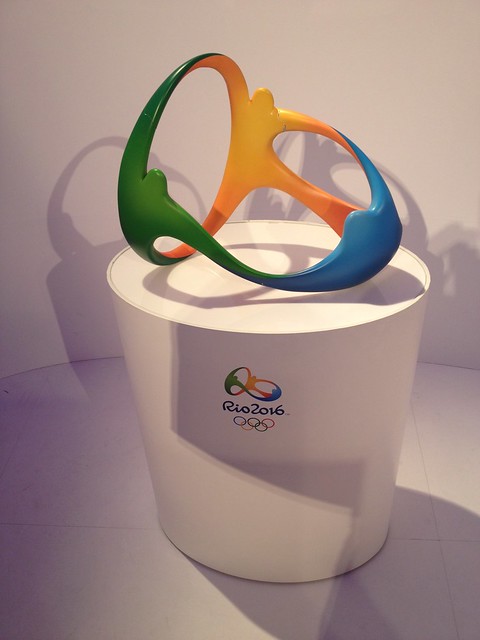 We’ve got a long ways to go, but I figured it wouldn’t hurt to begin a “Best” list on next year’s Olympic Games in Brazil.

Check out my NY Times Learning Network interactive for ELLs  on the Rio Olympics, and the first American participant who wears a hijab. After reading about her, students identify correct word definitions and write about their favorite sport.

Okay, now here are some useful videos related to Rio:

“The ancient origins of the Olympics” is a TED-Ed lesson and video:

Check out the first post I wrote for The New York Times — focusing on the Olympics. It was written during the London games, but many of the ELL activities are still applicable.

The Olympic Museum’s Heroes! site is a must-see.

The BBC’s Primary History site on the ancient Greek Olympics is very good.

Scholastic’s Go For The Gold has some dated activities, but also a number of still useful resources.

Word Hurdles is a game for English Language Learners on the history of the Olympics.

How much were the original Olympics like the modern Games? is from The BBC.

“Science Of The Summer Olympics” is a series of videos NBC has produced with the National Science Foundation.

Fists of Freedom: An Olympic Story Not Taught in Schools is from GOOD.

The New Yorker has a slideshow of Olympics-related cartoons from over the years. Several are quite funny.

The Smithsonian Magazine has tons of Olympics resources, and I especially like the “Cheat Sheets” they have for each sport.

Infographic: discontinued sports of the modern Olympics is from The Telegraph.

INFOGRAPHIC: Olympic Physics is from NPR.

Zika virus adding to long list of Brazil Olympics woes is from The Associated Press.

ESPN has great animations about all the sports – click on “Fan Guide.” They’re from the 2012 Games, but still live and useful.

ESOL Courses has lots of Olympic interactive exercises for ELLs. Some relate to the 2012 Olympics, but most are still relative to the Rio Games.

Together: Olympic Inspiration is from David Deubelbeiss.

Glory or Turmoil: Teaching and Learning About Brazil and the Summer Olympics is from The New York Times Learning Network.

The 10 Refugees Who Will Compete in the Olympics is from The Atlantic.

Teachers can show this strange video trailer from the BBC about the Rio Olympics and use it to help English Language Learners reinforce vocabulary about animal words PLUS identify the names for Olympic events:

This video for the Rio Paralympics is amazing:

Rio Olympic torch relay is a photo gallery from The Boston Globe.

VISUALIZING RIO 2016 is a collection of Washington Post infographics.

When a Country in Turmoil Hosts the Olympics is from The NY Times.

13 Olympic Moments That Have Changed History

2016 Olympic Torch is an interactive from The Associated Press.

Many news organizations have created special pages where all their Olympics coverage will appear. Here are the ones that, so far, look good to me:

A look at all the official Summer Olympic posters since 1896: https://t.co/j2FpJDMU3x #Rio2016 pic.twitter.com/ahmpFqHCQk

Getting Ready for Rio is a photo gallery from The Atlantic.

Ready or Not, Let the Games Begin is an interactive from Esri. Thanks to Google Maps Mania for the tip.

Inside Rio’s favelas, the city’s impoverished, neglected neighborhoods is from Vox.

Google has created a cool “Beyond The Map” interactive exploring Rio. Thanks to Jake Duncan for the tip.

14 Web Resources and Activities to Learn About the Olympics is from American TESOL.

The 16 ads you’re likely to love the most during the Rio 2016 Games is from Quartz.

How The Olympic Medal Tables Explain The World is from NPR (by the way, you can find all NPR coverage of the Olympics here).

Photos of the Rio 2016 Olympics Opening Ceremony is from The Atlantic.

Rio Olympic Games Opening Ceremonies is a photo gallery from The Boston Globe.

Refugee Olympic Team: How Symbols of a Crisis Got to the Games is from NBC News.

What Are The Worst Olympic Sports? is from Five Thirty Eight.

Has Ryan Lochte discovered the next big thing in swimming? https://t.co/F1V73HDjGL pic.twitter.com/cF3G0431b4

A guide to the new Olympic sports you’ll see at #Rio2016: https://t.co/G6u6YKVRcd pic.twitter.com/urvzyLl1zY

Here’s a video about the Olympic refugee swimmer who used her swimming skills to save twenty people.

Six Habits of Champions is from Fast Company.

Political Tension at the Olympics: A History [Interactive Timeline] is from KQED.

Rio 2016: Photos From the First Weekend are photos from The Atlantic.

Rio 2016: Photos From Days 4 through 6 are photos from The Atlantic.

Video: “The Boy Who Learned to Fly” Is A Delightful Animation About Usain Bolt (Plus Accompanying Lesson)