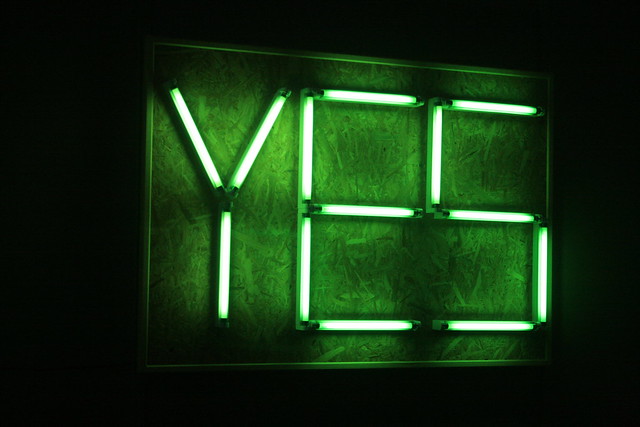 Today, the State Legislature passed legislation eliminating it and waiving that requirement retroactively from when it first began. It’s a big-time win for thousands of students, including many English Language Learners, who fulfilled all the graduation requirements but couldn’t pass the dumb test.

Here are articles about today’s passage:

40,000 could get high school diplomas under bill sent to Jerry Brown is from The San Francisco Chronicle.

I have read that the retroactivity clause was specifically inserted at the Governor’s request so, if that’s true, he will certainly sign the bill.

Notwithstanding my frustration at the mentality behind this policy reversal (see “Initiative Fatigue,” High School Exit Exams & The Common Core), this development makes me very happy.

Of course, the negative part of the bill is that it gives the state three years to figure out if they are going to replace it with another test, and I posted yesterday about my fears related to what they’ll come up with (see California’s Smarter Balanced Test Results Released – Not Good News For ELLs & Others).

One really nice gift this new legislation will provide teachers of high school English Language Learners – and their students – over the next three years is a great motivational tool.

Many high school ELLs, particularly those who came to the U.S. with minimal schooling in their home country, would become frustrated with the high school exit exam and conclude they were never going to pass it. And plenty of research does say it takes four-to-seven years to acquire academic English, so one could understand their frustration.

And, for many, nothing we teachers could do was successful in coaxing them to do their best in class after they reached that conclusion.

Last week, though, I explained to my students that the high school exit exam was going to eliminated for the next three years and, boy oh boy, was there joy in my classroom that day! We then talked about the fact that, though the text was eliminated, they still needed to pass the required classes in order to graduate. And, in order to pass all those required classes, they would have to work hard to improve their English.

That concept really resonated with them. The idea of working hard to pass classes with teachers they will know seems much more realistic and reasonable to them than having to pass a nightmarish standardized test (including often ridiculous essay prompts) in English.

Since that day, I don’t tell students who get off-task to get back to work. Instead, I just remind them that they can graduate, and in order to do so, they need to think about what level of English they need to develop in order to pass those other classes during the next three years.

Believe me, that reminder works well…

In some ways, it’s similar to the motivational push President Obama’s Deferred Action Program gave to my students at the time – knowing that they could gain their documents by passing English provided them a little extra incentive.

So, a big thank you to the California State Legislature and, I hope, to Governor Brown! 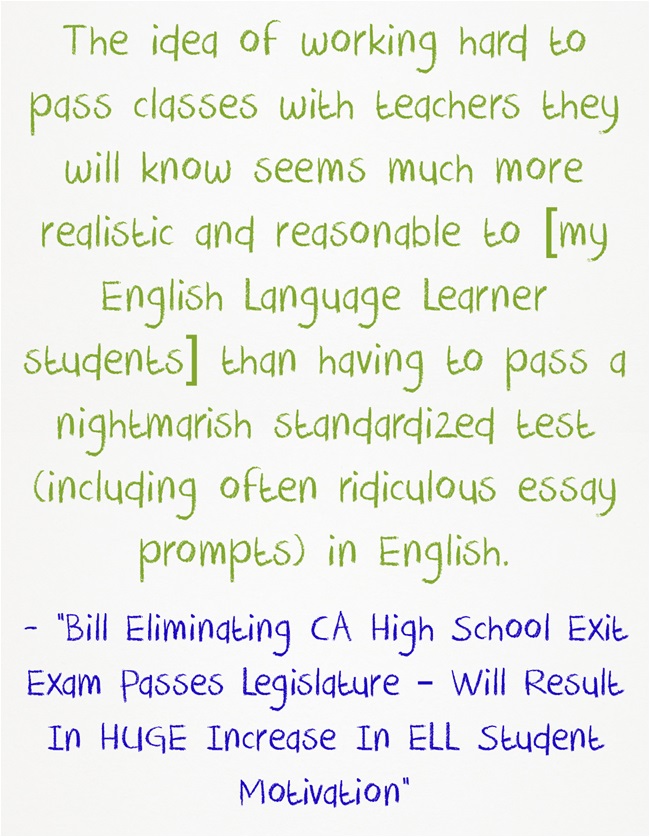