Instead Of High School Exit Exams For Civics, Study Suggests SEL Programs Would Be Better Way To Go 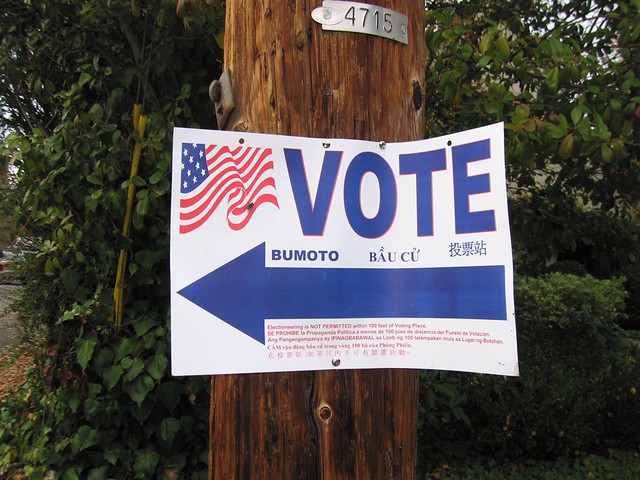 There’s recently been a big (and, in my opinion, misguided effort) push to make students pass a civics exam in order to graduate from high school (see Yes, Schools Should Develop Active Citizens &, No, We Don’t Need Another Test To Do It).

A new study follows students who participated in a Social Emotional Learning program (called Fast Track) in school through their adulthood.

Here’s what Jonah Lehrer writes about it:

Holbein wanted to expand on this analysis by looking at voter behavior when the Fast Track subjects were in their mid to late twenties. After matching people to their voter files, he found a clear difference in political participation rates. According to Holbein’s data, “individuals exposed to Fast Track turned out to vote in at least one of the federal elections held during 2004-2012 at a rate 11.1 percentage points higher than the control group.” That represents a 40 percent increase over baseline levels.

No Surprise: Study Finds Immigrant Students Have Trouble Concentrating When Laws Are Passed Attacking Them

New Study Suggests That A Classroom Motivational Poster Might Be Effective