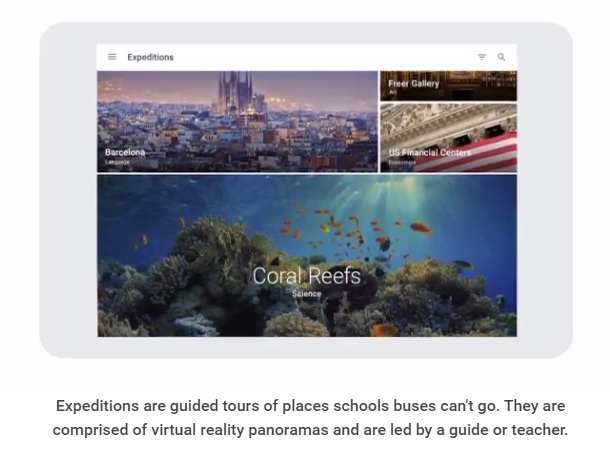 In May, I wrote about Google’s new virtual reality field trip program (see Google’s New “Expeditions” Looks Like An Insanely Cool Way For Students To Take A Virtual Field Trip).

Here’s how I described it then:

Basically, teachers will be able to choose locations from around the world using an iPad and then:

send synchronized three-dimensional 360° panoramas to each student’s Cardboard viewer, pointing out areas of interest in real time and instantly pausing the trip when needed.

Yes, that’s right — students would have individualized Cardboard viewers — sort of virtual reality glasses (though students would also be able to view the images on other devices, too).

Today, Google announced they’re taking the show on the road to cities in the United States, Brazil, the United Kingdom, Australia and New Zealand. Here’s a list of sites they’re visiting, and bringing along everything teachers and students need to use the Expeditions program: 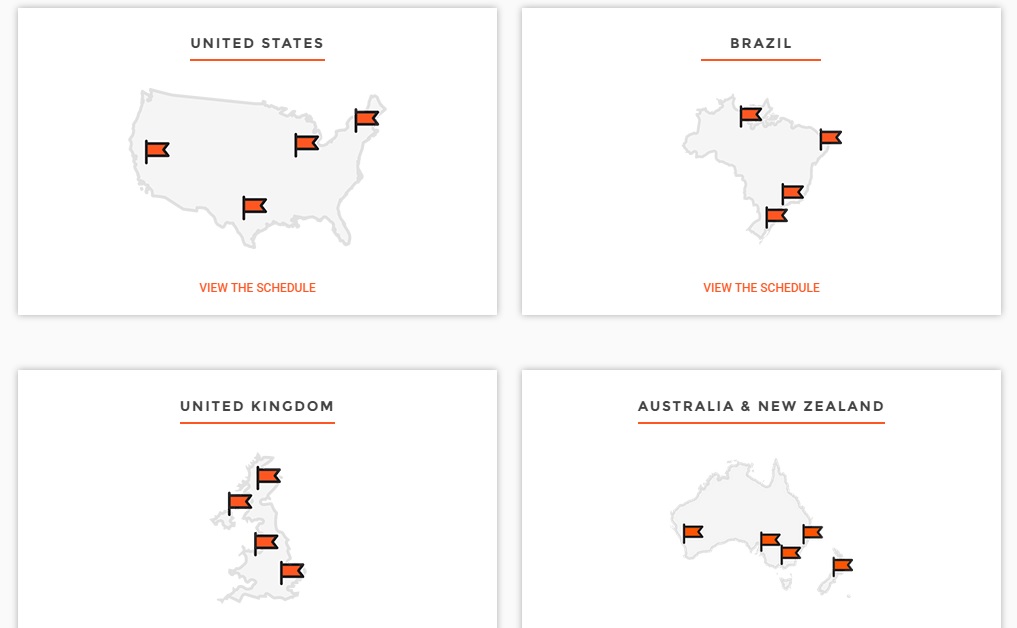 Expeditions is hitting the road! Expeditions teams will visit selected schools around the world, starting with The United States, Australia, New Zealand, The United Kingdom, and Brazil. Each team will bring a complete Expeditions kit with everything the teachers need to take their students on journeys anywhere. If it sounds like something your school, teachers and students would be interested in, please visit our Pioneer Program site to learn more about the program and sign up to be considered. Spaces are limited so sign-up soon!

As we won’t be able to visit every school who signs up, later in the year we’ll be making Expeditions available for download by any school that wants to use it with kits they’ve assembled themselves – all you need are enough tablets or smartphones for everyone that wants to join and a wireless network.

If you want them to come to your school, you have to have at least teachers signed-up to participate, though its pretty clear that preferences will be given to schools that have a lot of teachers on-board.

Google Virtual-Reality System Aims to Enliven Education is from The New York Times.

I’m adding this post to The Best Resources For Finding And Creating Virtual Field Trips.

What Can We Teachers Learn From This Elephant?