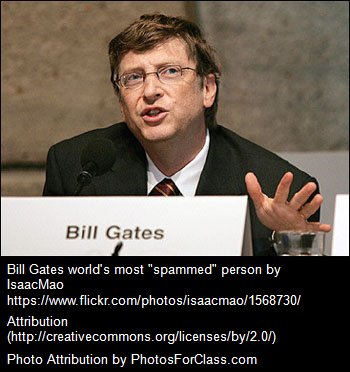 The Gates Foundation hosted a big meeting on education today, and Bill Gates gave a big speech there. He and his wife, Melinda, were also interviewed for the PBS News Hour.

It doesn’t appear that either of them said anything new, and stated that the Foundation is going to continue to do what they have been doing. I did note Melinda’s suggesting to the PBS News Hour that opposition to standardized student testing was equal to opposing tests for drivers licenses or for doctors.

That is not great news for schools, students, their families or teachers.

Gates Foundation Staying the Course on Teacher Effectiveness, High Standards is from Ed Week, and is the best report.

Bill and Melinda Gates on the political debate over Common Core standards is from the PBS News Hour.

Here are some previous posts on Gates:

The Best Posts On The Gates’ Funded Measures Of Effective Teaching Report — January, 2012

Videotaping teachers the right way (not the Gates way)