Quote Of The Day: Former Head Of Chicago Schools Ready To Plead Guilty

Former Chicago Public Schools CEO Barbara Byrd-Bennett is apparently ready to plead guilty to a kickback scheme she arranged before she resigned.

Here are two articles that appeared today about the sad situation:

In Chicago, another tale of corruption and bribery is from The Washington Post.

Former Chicago Public Schools chief to plead guilty to bribery scheme is from The Chicago Tribune.

And here is an amazing quote from one her emails where she was negotiating the kickback: 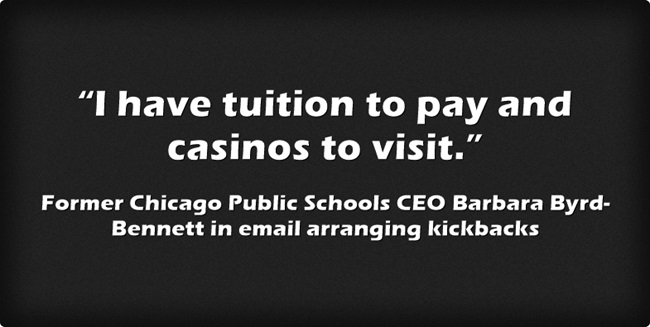 “‘Getting What You Pay For’ In Teacher Evaluations”