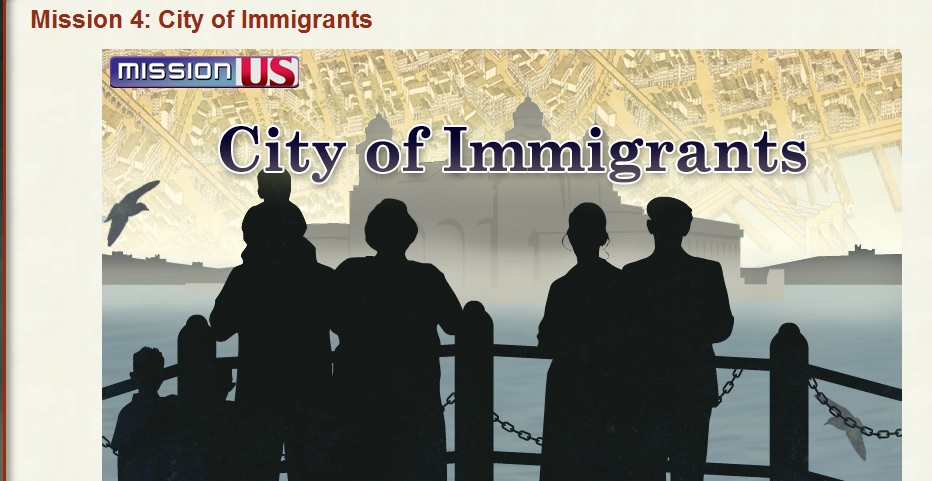 Mission US has created several “choose your own adventure” games related to U.S. History.

I thought its first one, about the American Revolutionary War, was quite good. However, they seemed to lose their way with subsequent insensitive ones on slavery and Native Americans (see Thoughtful & Important Critique Of Slave Simulation Game).

Today, they unveiled their latest one, called City Of Immigrants.

Here’s how one reviewer describes it:

It is 1907. You are Lena Brodsky, a 14-year-old Jewish Immigrant from Russia. In your hometown of Minsk, the forces of the Tsar have pushed your family off their lands, and the violence of the pogroms looms large. Your brother Issac was the first to cross the Atlantic to seek a new life in the land of America, and you have followed in turn: a fourteen day trip across the entire world. You hope that you will prove yourself worthy of entering America. You hope that you can earn enough to send for your mother and father. You hope for a better future. There will be many obstacles in America, and many choices to be made. But it is, they say, the land of opportunity…

I haven’t had time to try it out, but I am hopeful they have learned from the critiques of their last two games. If you have the time to play it, leave a comment letting me know what you think….

Best Infographics Of The Year