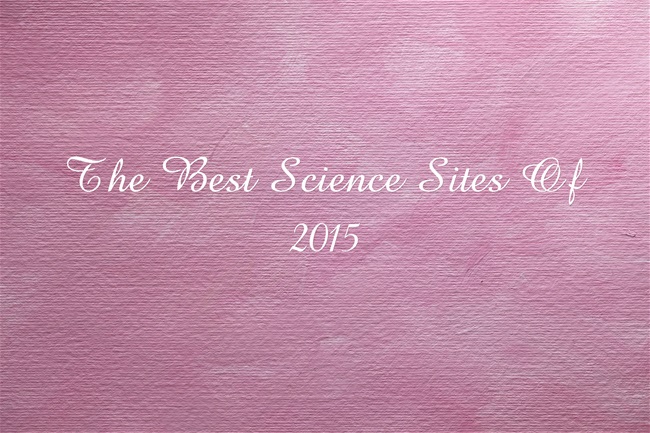 Here are my choices for The Best Science Sites Of 2015 (not in any order of preference):

Neil deGrasse Tyson has published a short piece in The Huffington Post titled What Science Is — and How and Why It Works. It’s a very safe bet that it will be used as required reading in many IB Theory of Knowledge classes when the definition of “knowledge” is discussed. And I’d bet dollars to donuts that many teachers will be using this accessible column in many other classes, too.

Here’s a video from Vox showing “all the photos flying through interstellar space on Voyager’s Golden Record.” I’m adding it to The Best Sites For Learning About Voyager 1 & Its Departure From Our Solar System.

Breakthrough Junior College is financed by tech billionaires like Mark Zuckerberg and Sergey Brin. One of its projects has been a contest for high school students to create videos explaining important scientific concepts. You can see all the finalists here. I don’t understand what practically all of them are talking about… The Washington Post wrote an article about the grand prize winner headlined This high school student just won $250,000 for his film explaining Einstein’s theory of relativity.

Thousands of photos from Apollo flights have recently been made available. You can see some of them at The Washington Post interactive. Here’s the direct link to the Flickr account.

Science In School  looks like a useful resource. It’s subtitled “The European Journal For Science Teachers” but it seems to me (who, admittedly, knows little about science) to have helpful materials for science teachers everywhere…

I’m adding this video to The Best Web Tools That Show You Objects To Scale:

I’m not a science teacher, but Center of the Cell looks like an impressive interactive site.

The Los Angeles Times has created this pretty amazing video, Our Solar System Visualized. I’m adding it to The Best Images Taken In Space.

Why is biodiversity so important? is the title of a new TED-Ed video and lesson. I’m adding it to The Best Resources For World Biodiversity Day (& Endangered Species Day).

New Scientist has a series of short videos that call “Explanimations”:

Ever wondered if space is actually infinite? Or what exactly reality is? Our animation series explains big ideas and abstract concepts in just a few minutes.

You can see the entire playlist here.

ITN has created a nice interactive timeline of major inventions from the past 114 years. I’m adding it to The Best Sites Where Students Can Learn About Inventions.

How It Happens is a video series from The New York Times that often, though not always, uses animations to scientifically explain natural and sometimes unnatural events.

Here are some science-related “Best” lists I’ve published this year:

The Best Resources For Learning About World Wildlife Day