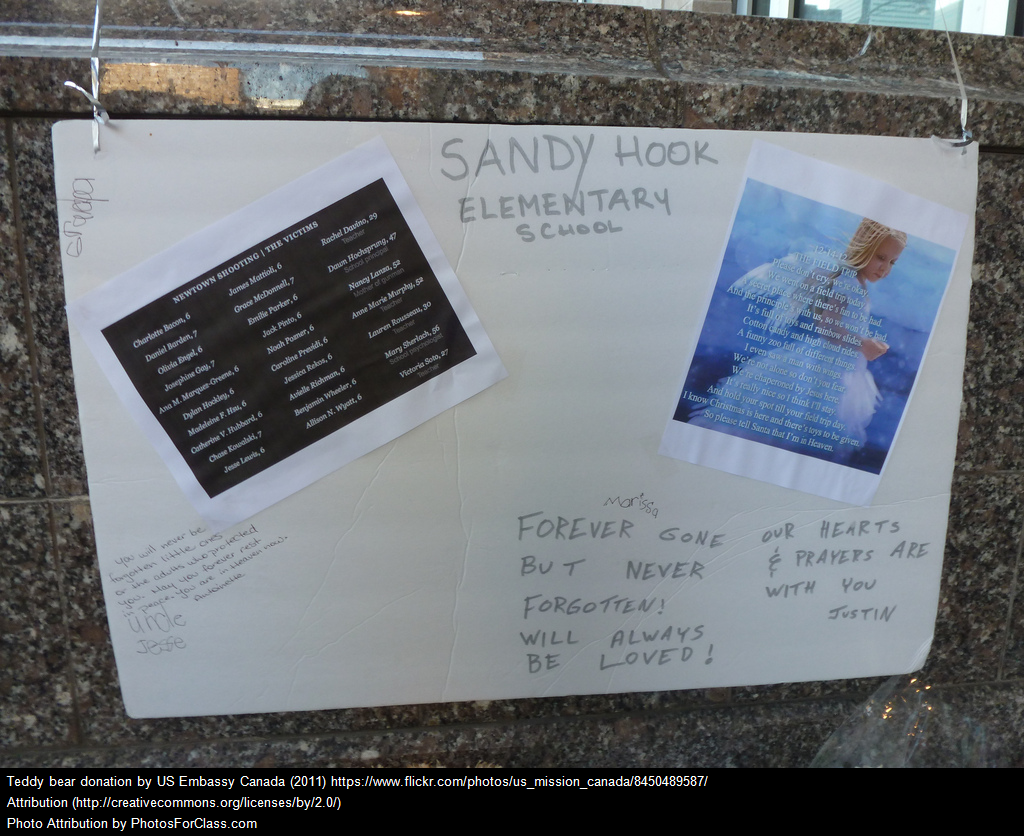 The New Yorker’s Borowitz Report had an appropriate commentary:

Congress Marks Third Anniversary of Doing Nothing After Newtown https://t.co/BnqLzJd3Fj via @BorowitzReport

Here are three other articles worth reading:

No more shrugging shoulders; leaders need to do something on guns is by AFT President Randi Weingarten.

Since Sandy Hook, at least 374 children have been killed in homicides committed with guns. is from The Washington Post.

You might also be interested in A Collection Of Resources On The Sandy Hook Shooting (Including Video Of President Obama’s Speech).

The Object Of History