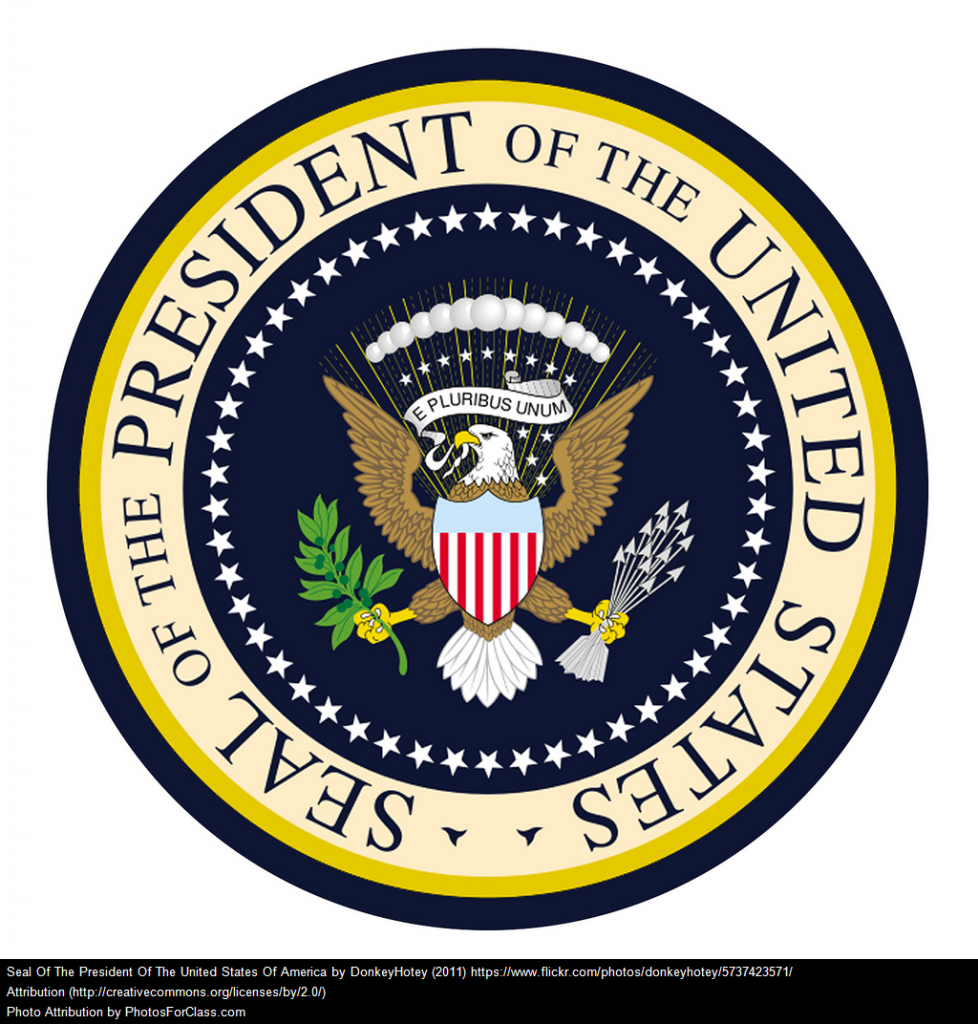 Check out my two student interactives for ELLs on the Presidential election!

Nine Ways to Teach Election 2016 in the E.L.L. Classroom is the headline of my latest post for The New York Times Learning Network.

I thought it was time to create this kind of “Best” list.

The Best Resources For Learning About The 2012 U.S. Presidential Election

The Best Resources For Learning About The 2008 U.S. Presidential Election

Here are my picks (which I’ll obviously be adding to as the campaign progresses):

2016 election candidates is a CNN interactive.

Who Is Running for President? is a NY Times interactive.

Where the Candidates Stand on 2016’s Biggest Issues is another NY Times interactive.

All About Electing The President

Election 2016 is from teacher’s resources at PBS News Hour.

PBS’ President For A Day

Here’s a summary from Enchanted Learning.

English Page has some interactive vocabulary lessons related to presidential elections that would be helpful to English Language Learners.

After students develop some background knowledge about how the Presidential elections work, it might be useful to spend a little time on the electoral college. 270 To Win has a lot of information displayed graphically about previous Presidential elections and what polls are saying now about the upcoming election.

CNN has a nice comic-book-like interactive called Eight Steps To The White House. It’s an overview of the election process.

Ask A President is also from CNN. Four virtual presidents answer basic questions about the Presidental election process and how the U.S. Constitution works.

Time Magazine has a slideshow on The Voting Machines of America.

Here are some new additions that are specifically related to campaign ads:

Political Communication Lab from Stanford has what appears to be all the video campaign ads from this and many past elections.

The Museum of The Moving Image has a similar collection.

Getting to Know the Candidates: Analyzing Their Campaign Ads is a simple but decent lesson plan from Education World.

How To Watch A Political Ad is from Annie Murphy Paul.

The Attack Ad, Pompeii-Style is from The New York Times.

Here are “60 Years Of Presidential Attack Ads In One Video”:

The History Channel has a nice collection of related videos.

Watching Debates With Kids is a good piece from Middleweb, and includes a nice downloadable sheet that students could use while watching the presidential debates.

Here’s a video from The New York Times on Presidential Debate Moments:

Resources for Designing a Political Ad Campaign Project is from Edutopia.

Teaching With the Presidential Debates is from The New York Times Learning Network.

Presidential Debates Trivia is an interactive from The Associated Press.

Creators of negative campaign ads use neuroscience, skip the facts, go for your emotions is a very interesting newspaper article. Thanks to Frank Baker for the tip.

The New York Times has published a very nice series of “unforgettable” moments from past Presidential debates. You watch the short video clips and then vote for your “favorite.”

Lynn University has created a number of debate-related curriculum materials. You can learn more about them at Valerie Strauss’ blog.

The Art of Creating The Presidential Campaign Ad is by Frank Baker, and includes a useful student hand-out.

This Is Great – National Writing Project & KQED Announce “Letters to the Next President 2.0″

Where Do You Stand is an excellent interactive from the Associated Press where you can take a quiz and find which candidates with whom you are most aligned.

Of The People is from The New York Times and has short, accessible vignettes from different voters.

Four Accessible & Short Videos About How The Iowa Caucuses Work

Campaign 2016 is from Newsela and Rock The Vote.

Use Political Covers to Teach Media Literacy is a nice lesson plan from Frank Baker at Middleweb.

The New York Times Learning Network has put all their election-related resources in one place.

Election 2016: 10 Ways for Students to Stay Engaged This Summer is from The New York Times Learning Network.

What You Like Falls on Party Lines: Facebook ‘likes’ illustrate the personal differences between Republicans and Democrats is a new Wall Street Journal interactive comparing “likes” in a number of areas by political affiliation. You can compare favored music, actors, musicians, television shows, etc.

Teaching Election 2016 Part 1: What Should I Do In My Classroom? is by Alan Singer.

Ten of the Most Successful Presidential Campaign Ads Ever Made (with Lesson Plan) is from KQED.

The first Presidential debate is coming up, but you don’t have to wait for it to happen before you apply this topic in your classroom. The Washington Post has created a neat tool that lets you choose from most of the major issues being discussed, and then letting you hear short video clips of the candidates saying their positions.

And, speaking of the debates, don’t miss Frank Baker’s article in Middleweb headlined Media Literacy: How to Watch the Debates.

Reader Ideas | Teaching the 2016 Election is an excellent list from The New York Times Learning Network.

For Teachers, Election 2016 Is a Fraught Subject is from Ed Week.

Civics in Uncivil Times is from Usable Knowledge.

Watch The Debates lets you view all the Presidential debates since 1960, including clips categorized by subject. You can then indicate your thoughts about what is being said, and compare your reactions to others. It’s unclear to me how quickly they will upload this year’s debates. Even if it takes awhile, though, it’s a very useful site for classes.

Teaching and Learning With the 2016 Presidential Debates is from The New York Times Learning Network, and has excellent teaching ideas and hand-outs.

Debating Our Destiny: Do Presidential Debates Matter? – Lesson Plan is from The PBS News Hour.

Lots of Get out the Vote posters!

Vote Compass is a new interactive from Vox that provides an accessible, though surprisingly sophisticated, way for anybody, including students, to determine where their political beliefs place them on the political spectrum. You can find the tool here and an explanation of it here.

If you want to rig an election… is a timely interactive from The Washington Post – given Donald Trump’s constant talk of it.

The Elephant (and Donkey) in the Room is from ASCD and offers good lesson advice.

ProPublica’s Electionland has lots of info – almost too much, in fact. The best part, I think, is that it provides a lot of data comparing your local county’s voting habits and patterns with the rest of your state.

Lesson Plan: US Elections Explained is by Blog de Cristina.

When was America great? It depends on who you are. is a great interactive from The Washington Post.

21 maps and charts that will change how you think about the election is from Vox.

America 101 is a series of fifteen videos – so far – from ABC News about different aspects of the Presidential election.

It’s latest, on the Electoral College, is embedded below.

The New York Times has created a great learning “game” to help people understand the difficulties many face when they want to vote in the United States. Check out “The Voter Suppression Trail,” done in the style of the classic Oregon Trail game.

Election maps are telling you big lies about small things is from The Washington Post.

Here are new additions to The Best Sites To Learn About The 2016 U.S. Presidential Elections:

Election Day 2016: Teaching Ideas for Before and After the Votes Are Tallied is from The New York Times Learning Network.

Teaching ‘Civics, Not Circus’ of US Presidential Race is from the Voice of America.

TED-Ed has a lesson and this video on the Electoral College:

12 Indelible Images From the 2016 Campaign is from The New York Times.

Moments and missteps of the 2016 U.S. presidential campaign

From press conferences to ad spending: The 2016 race by the numbers https://t.co/QBQMbYk0Pd pic.twitter.com/EeK3l2S5Cj

Choose your own electoral adventure! Map out the ways Clinton or Trump could win https://t.co/70gO8H9fsX pic.twitter.com/tVWlB0JIww

Emotional Highs and Lows From a Historic Election Night is a photo gallery from The Atlantic.

The U.S. Election Through International Headlines is from The Atlantic.

#Trump victory newspaper covers from around the world as the media reacts to a US #PresidentTrumphttps://t.co/WydD4QwtyY pic.twitter.com/BVSi1zAJ3L

Why Pollsters Were Completely and Utterly Wrong https://t.co/NaKPIHtnlX

We took the data from last night’s election and transformed it into music: https://t.co/s5OdJphXkk pic.twitter.com/GnQHpxsCCS

The Day After is from Teaching Tolerance.

The Washington Post published a column I wrote, ‘Dear President-elect Trump’: Immigrant students write letters asking for ‘the opportunity to demonstrate we are good people.’

The 13 most amazing findings in the 2016 exit poll – The Washington Post https://t.co/IWwzyG3tIX

After the Election: Ideas and Guidance for Teachers of ELLs | https://t.co/NcFm2QqWFL #ELL pic.twitter.com/qSUUYQR2dv

The Election Is Over, But for Teachers, Hard Conversations Are Just Beginning is from Ed Week.

“What do I say?”: stories from the classroom after election day https://t.co/Pl4rm6dr0E pic.twitter.com/3CNzbUSryc

He spent a year photographing Donald Trump’s campaign. Here’s how it differed from other presidential campaigns. https://t.co/BzB08oGn98pic.twitter.com/irgh8mnY7m

Hate our electoral system?Here’s who could have been president under other setups is from The Washington Post.

Here’s a lesson from The New York Times Learning Network: The Final Vote for President: Learning About the Electoral College.