Obama Administration ‘Understands The Concern” About Raids, But Doesn’t Appear Ready To Stop Them

I’ve been writing quite a bit about the awful move by the Obama Administration this month to begin deporting thousands of Central American refugee families.

Today, 145 Congresspeople demanded they be stopped. The head of the Department of Homeland Security “understands the concern.”

It does appear that the negative reaction to the raids has pushed the Administration to move forward quickly on what sounds like a good new strategy – working with the United Nations to have them set-up centers throughout Central America to review asylum requests.

But it’s not enough.

The raids must stop. 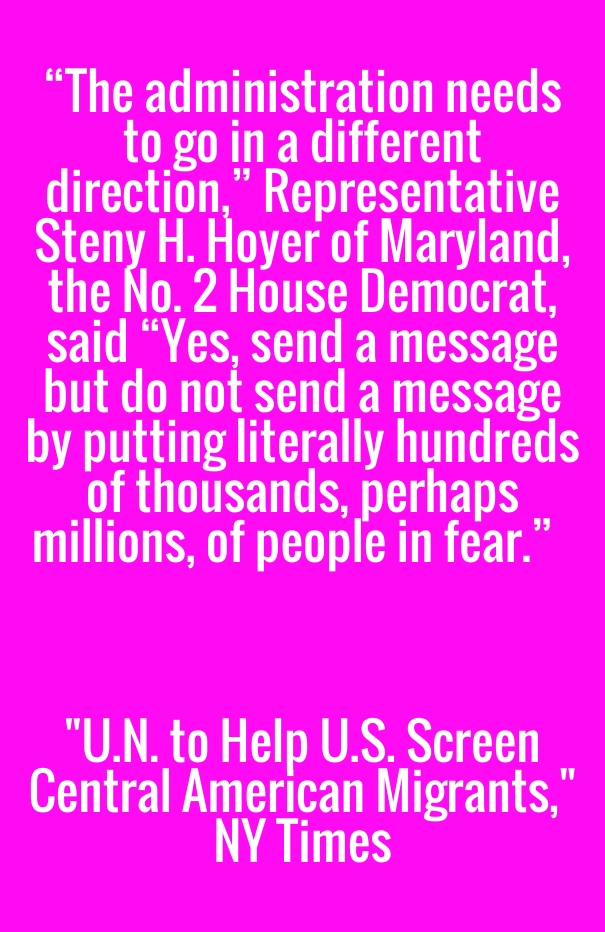