You Can Now Live Stream From Facebook Via The iPhone 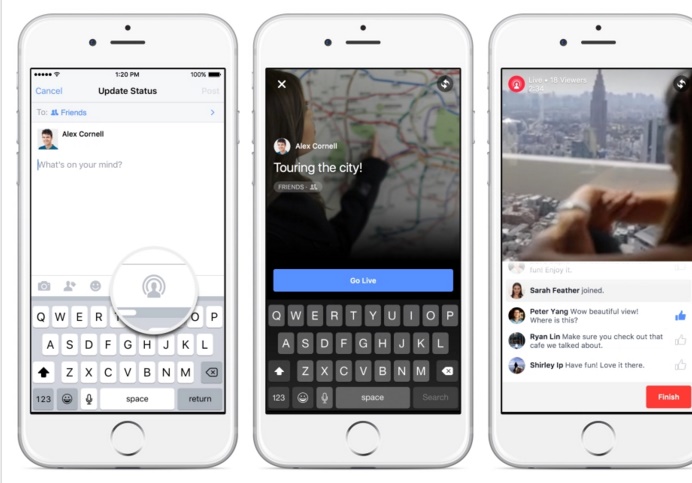 Today, Facebook announced that all iPhone users in the U.S. could live stream video content and make it public or private, and the video will be saved on your timeline. Just click on the icon shown in the above picture – it will show up when you go to post your status. You can also read more about it at TechCrunch.

I’m more than a bit doubtful about how useful either Facebook’s new tool or Periscope will be to education, particularly because of privacy concerns, but I can certainly see how useful they are to newsgathering.

Others, though, are more optimistic than I about their use in schools, and you can read about how educators have been using Periscope at Periscope: Connecting Classrooms to the World and 5 things you should know about Periscope for education.

For lack of a better place, I’m adding this link to A Potpourri Of The Best & Most Useful Video Sites.

Videos: Pies & Street Food From Around The World