Statistic Of The Day: “You Don’t Need” Algebra & Geometry

Who Needs Advanced Math? Not Everybody is the headline of a New York Times interview with educator Andrew Hacker.

I am very sympathetic to his position. I just wish he cited the source for some of the statistics he cited, like this one: 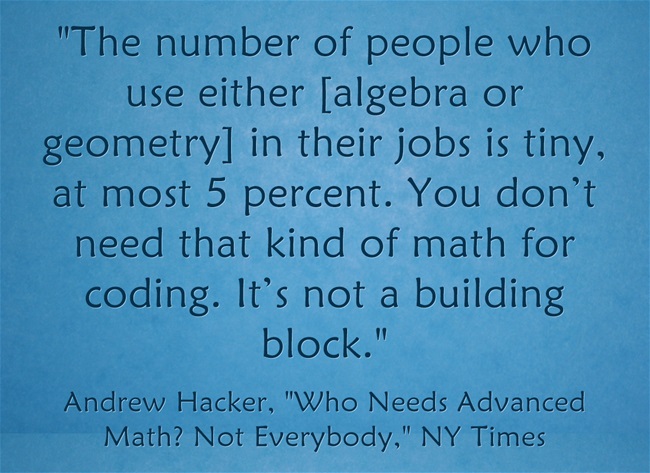 Does anybody know the source of that number?

I received an answer to the above question via Twitter:

@Larryferlazzo It's from Georgetown Center on Education and the Workforce.

And what do you think of his position overall?

Statistic Of The Day: The Undocumented In Our Classes

‘It’s Time to Slow Down and Smell the Mathematical Roses!’

Statistic Of The Day: Economic Inequality In The U.S. & The World