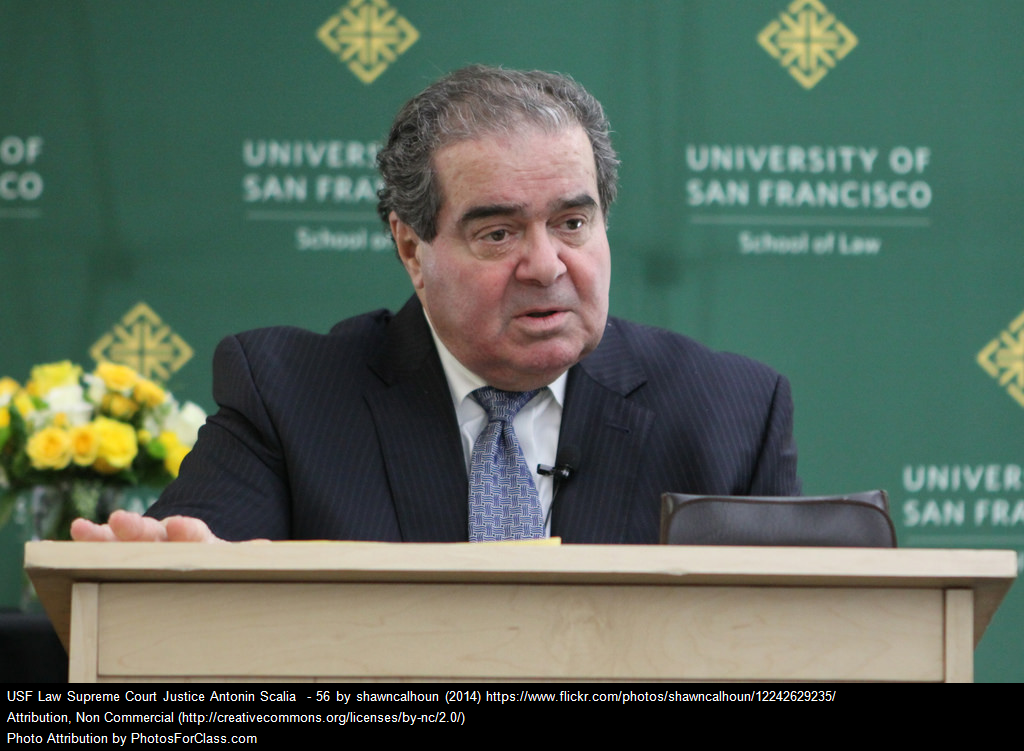 As readers know, Supreme Court Justice Antonin Scalia died yesterday. This post has two parts — first, teaching resources and, second, implications for educators and our students and their families:

Here are some resources about his life that I’m adding to The Best Sites To Learn About The U.S. Supreme Court (which I have just completely revised and updated):

It terms of policy implications related to education, I’m going to focus in on two (though I’m sure there are more).

First, the Friedrichs case (The Best Resources On The Awful Friedrichs Case), in which the Court was looking likely to decimate public sector unions, including our teachers unions.  Here’s what Mother Jones says:

This case, which produced one of the more contentious oral arguments of the term, was headed towards a 5-4 decision in favor of Rebecca Friedrichs and the other plaintiffs who were challenging the California’s teachers’ union’s right to charge public school employees fees to cover the costs of the collective bargaining it did on their behalf, even though they aren’t members of the union….The lawyers for Friedrichs asked the lower court to rule against them to hasten the case’s arrival at the Supreme Court. The Ninth Circuit Court of Appeals complied, and now that decision is likely to stand if the liberal-conservative split on the court delivers a 4-4 vote. Labor wins.

The news isn’t as good for immigrant families of millions of our students (see The Best Resources On President Obama’s Executive Order On Immigration). Again, from Mother Jones:

Texas and nearly two dozen other states filed suit to block the implementation of President Barack Obama’s orders to the Department of Homeland Security to defer the deportation of about 5.5 million immigrants, especially children brought to the US illegally by their parents. In November, the ultra-conservative Fifth Circuit Court of Appeals, upholding a lower court decision, ruled that Obama had exceeded his authority to make such sweeping changes to the immigration system without an act of Congress. Obama’s move was in trouble even with Scalia on the court, but now it seems likely that a tie vote will result in the Fifth Circuit’s ruling holding fast. Immigrants lose.

However, Think Progress offers this ray of hope, though I don’t know realistic it is:

Where things get complicated is if the Justice Department successfully obtains an order from a different circuit upholding the program, or if an immigrant who hopes to benefit from the program obtains a similar order. The Fifth Circuit is among the most conservative courts in the country, and it is unlikely that every circuit will follow its lead. In that case, there will be competing court orders holding the policies both legal and illegal, and no possibility of Supreme Court review. It is not immediately clear what happens in such a case.

More Resources About The Presidential Inauguration