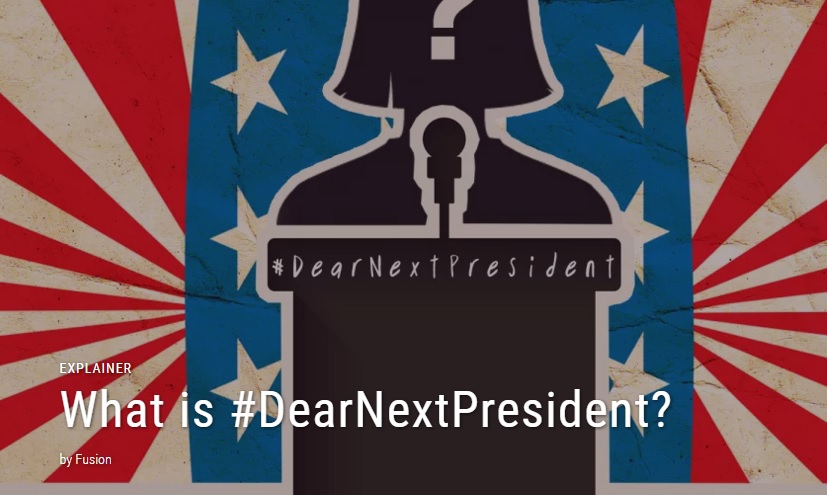 Fusion, the online media outlet co-owned by ABC News and Univision, is sponsoring a project inviting short (they say 20 seconds long, but some are a bit longer) videos where people send a “Dear Next President” message.

They provide simple instructions how to make them, which primarily consist of posting the videos on social media with the hashtag #DearNextPresident. They apparently monitor the hashtag and then pick up ones that they particularly like for broader distribution.

I’m adding this info to The Best Sites To Learn About The 2016 U.S. Presidential Elections.

Here are a couple of “Dear Next President” videos from Fusion:

New Ways To Learn About The World’s Different Cultures