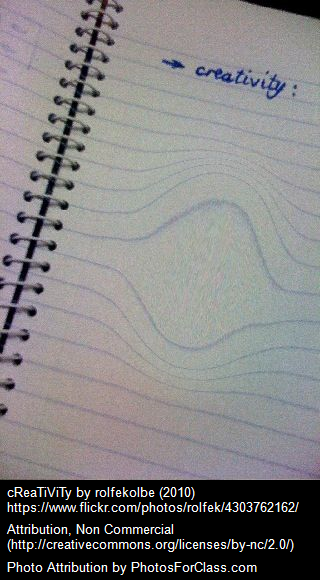 Adam Grant is one of my favorite writers and thinkers (see my Ed Week interview with him, Teachers As “Givers, Takers & Matchers”: An Interview With Adam Grant).

He has a new book out now on creativity, and you can read two interviews with him about it:

Educating an Original Thinker appeared at the Atlantic.

How Adults Can Encourage Kids To Be Original Thinkers is at NPR.

I was particularly struck by some ideas he shared for teachers in the NPR interview, including this lesson he does in his university class:

I assigned them to work on their own mini TED Talk in pairs. Every student had a partner. They were supposed to film a video of five minutes or less on an idea that they believed in that went against the grain or challenged conventional wisdom.

They can pick any topic in the course, but they had to champion a message that was counter-intuitive, and you know, bring some evidence and experience to bear on it. And I was blown away by how interesting and novel their ideas were.

I do some assignments already in my IB Theory of Knowledge classes that I think promote creativity, like having them do a “What If?” History Project (see The Best Resources For Teaching “What If?” History Lessons) and asking students to write and talk about a time when they challenged a widely accepted assumption or rule.

I think Adam’s idea would be another great one to add, and I think I’ll try it as a year-end assignment.  I’ll let readers know how it goes, including sharing some of the videos.

I’m adding this post to The Best Sources Of Advice On Helping Students Strengthen & Develop Their Creativity.

Yet Another Collection Of Resources To Support Teachers During School Closures