Here’s how she ends it: 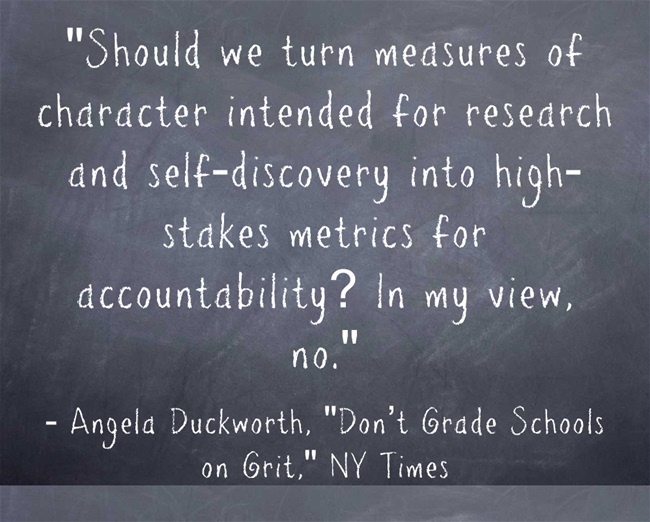 It seems like a follow-up to The Times story earlier this month, which I wrote about in NY Times Reports On Social Emotional Learning Run Amok. Both The Times article and I write about the districts (fortunately, not ours since Sacramento dropped out) in California embarking on a fools errand of using Social Emotional Learning assessments for high-stakes accountability.

Professor Duckworth, in her Times column, discusses a “character growth card” she developed with the KIPP charter network. You might be interested in a Washington Post piece I wrote about it a few years ago titled Why schools should not grade character traits.

You might also be interested in some of Professor Duckworth’s more recent reservations about how grit is being used, which I’ve written about here.

Finally, you might want to check out The Best Resources For Learning About The Importance Of “Grit” along with my three-part Ed Week series on grit.

How Can This Get Incorporated In Value-Added Measurements?

“Why we can’t all get along over school reform”