The Best Resources For Learning & Teaching About The Juno Spacecraft 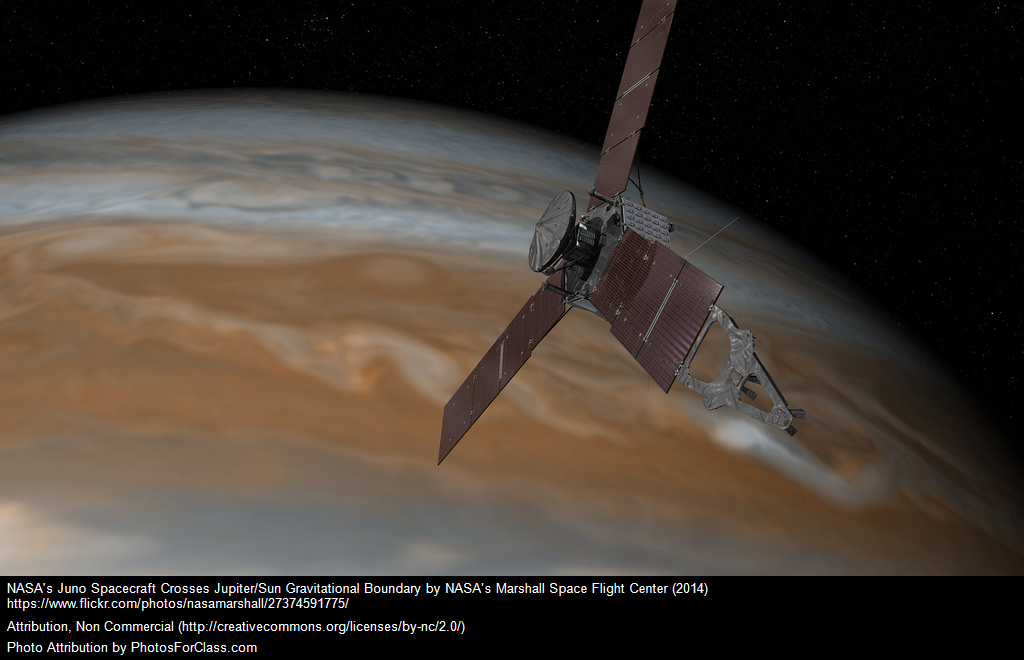 NASA’s Juno Spacecraft will arrive at Jupiter on July 4th (Update – it has arrived!)

Here are some initial resources for teaching and learning about it. I’ll add more after it arrives:

All Eyes (and Ears) on Jupiter is from The New York Times, and includes videos and interactives.

Popular Science has an interactive guide to the Juno Spacecraft.

Space.com has a regularly updated page on the mission.

The Juno Spacecraft Reaches Jupiter is from The New Yorker.

Juno’s Triumphant Night is from The Atlantic.

The Dreamiest View in the Universe is from The Atlantic.

NASA has released the first photograph of Jupiter taken from the Juno spacecraft https://t.co/vW41TFpYMJ pic.twitter.com/iHzLwOMSoy

The Best New Sites Students Should Use With Supervision