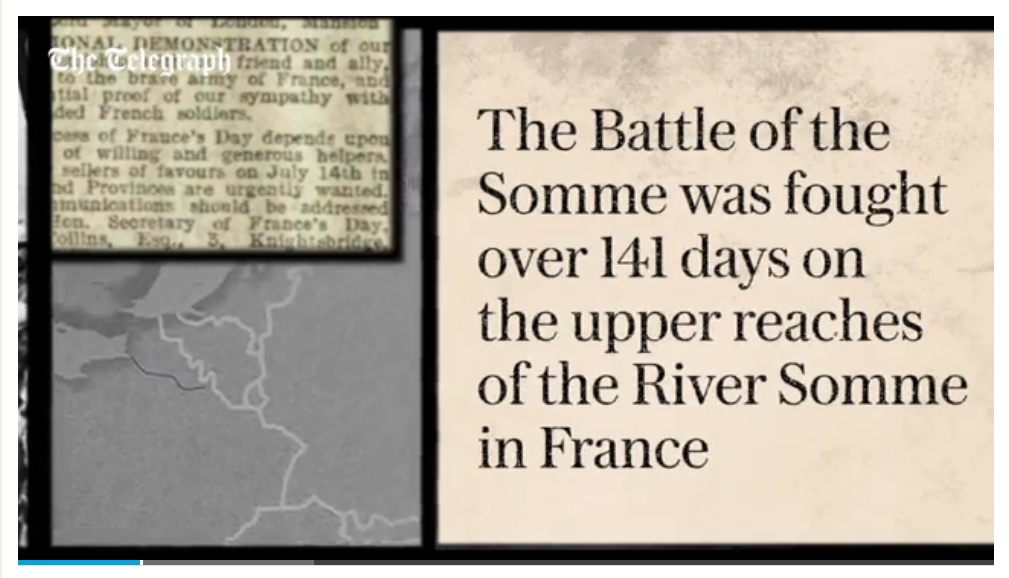 The British newspaper, The Telegraph, has just begun what appears to be a weekly series of videos called Telegraph Time Tunnel.

They are publishing two minute videos with images and simple text reviewing major events that occurred that same week sometime within the past one hundred years.

It’s not as complete as the other resources on The Best “Today In History” Sites, but it could still be useful.

They also have a YouTube playlist for the videos, but it seems to have a delay to adding new ones there. So it might be better to view them off the Telegraph site itself.

Here’s their first one:

Thanks to Michelle Henry for the tip.

Infographic: Food Around The World

Some Good Graphics About Arab Protests

Interesting Video: “Why Do We Get Grades in School?”