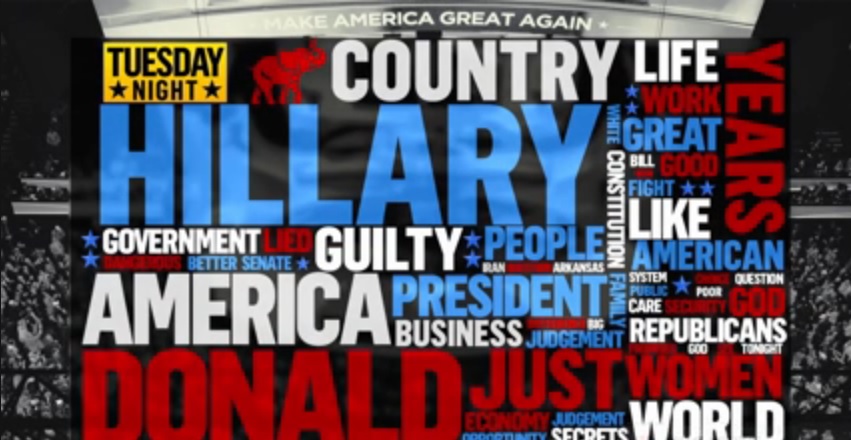 NBC News has released this video showing a word cloud of the most common words being spoken at the wild Republican Convention so far. The video also includes their commentators’ analyses of it.

This is the only Word Cloud I’ve found for the convention so far. It would be interesting to compare it with one from the upcoming Democratic convention.

I’m adding it to The Best Sites To Learn About The 2016 U.S. Presidential Elections.

The Washington Post has just published another different kind.

“The Geography Of Jobs”