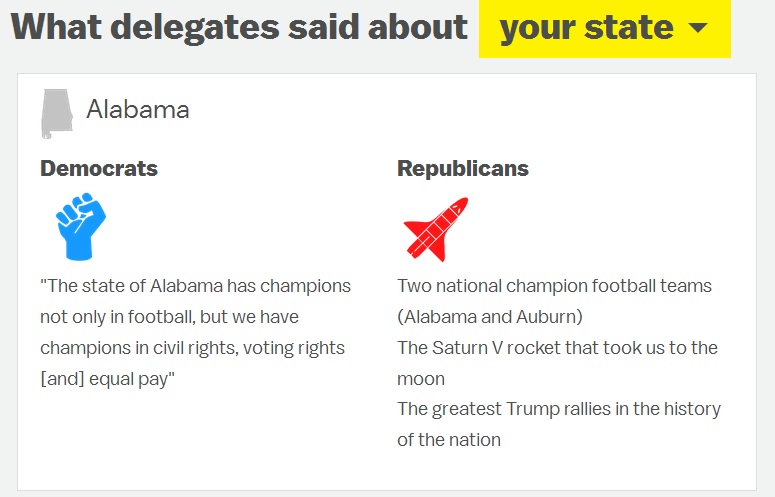 Vox has published a fascinating interactive comparing how delegates to the Republican and Democratic conventions described their states during the roll call vote for Presidential candidates.

You’ll definitely want to check out Republicans and Democrats think their states are great for totally different reasons.

It would be an excellent piece to use when studying Perception in Theory of Knowledge classes. I’m not exactly sure how it could be used in my English Language Learners classes, but it did give me the idea of having students do a fun exercise using it as a model and having them describe what’s great about their home countries.

I’m adding it to The Best Sites To Learn About The 2016 U.S. Presidential Elections.

I Just Learned About A Gold Mine: A TOK Teachers Facebook Group!