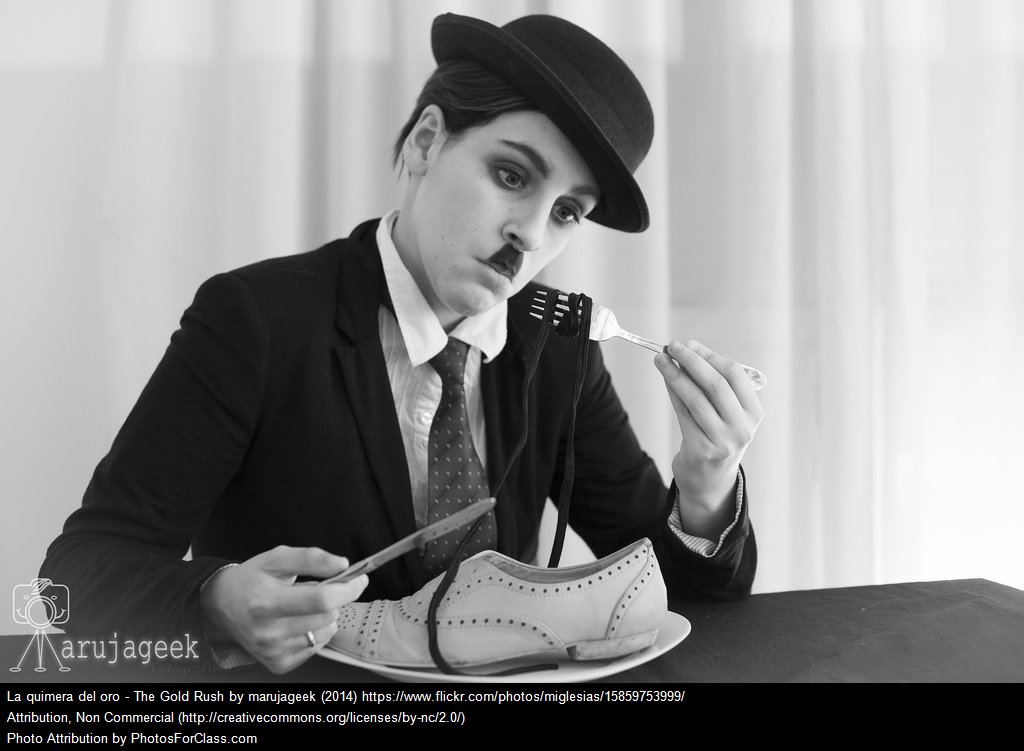 The Klondike Gold Rush, also known as the Alaska Gold Rush, began on this day in 1896:

Our correspondent reports on the Klondike Gold Rush, which began #onthisday in 1896 pic.twitter.com/phYkPgwvCV

I usually show the brief opening scene from Charlie Chaplin’s Gold Rush to introduce it – seeing the line of climbers is always impressive. I also show the famous cabin dinner scene – not because it teaches much about the Gold Rush, but because it’s fun, it’s a great language-learning opportunity to have students talk and write about what happens in it, and, finally, because it’s a good opportunity to introduce Chaplin to students if they don’t already know about him.

You can also view it on Daily Motion if YouTube is blocked in your district.