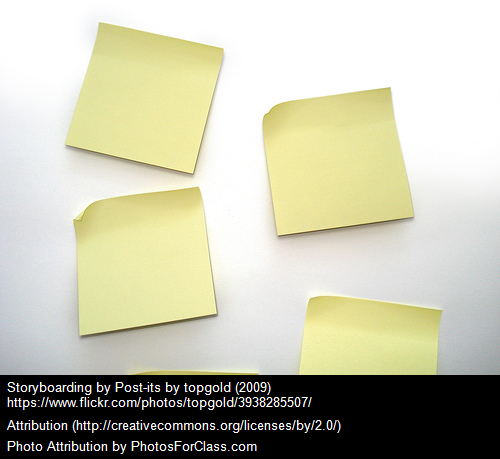 I’ve previously written about one classroom management tactic I use with students who might be having a particular behavioral challenge — at times having students write a hash mark on a post-it for every ten or fifteen minutes they feel they’ve been “on-task” and carrying their weight in class, or for a certain period of time they control themselves from shouting out inappropriate comments (see More About Maintaining a “Good” Class). They receive extra credit — for awhile — for each hashmark until we can jointly “wean” them off that kind of incentive. It can often work very effectively.

Today, I was proposing that we try this to one Special Ed student (let’s call him “Ralph”) with major challenges in a mainstream class I teach. He was reluctant to try it — understandably. It would have felt to him like another label of being different. Another nearby student (let’s call him “Bob”), who is very bright and who used this method for a couple of days earlier this year, overheard our conversation. He interrupted our conversation and said, “Mr. Ferlazzo, I need my Post-It, too.” I was surprised at his comment since he hadn’t used it for a couple of months, and had been doing quite well, but I gave it to him. As soon as the Special Ed student heard him and saw him get one, he immediately agreed to using it, too.

A few minutes later, I asked “Bob” why he felt he needed a Post-It. He replied, “I don’t, Mr. Ferlazzo. But I figured that it would make “Ralph” feel better about using one.” Later I asked ‘Bob” to stay after class while I called his father to tell him how impressed I was with what he did. His father, who has not received many of these kinds of calls from schools, sounded like he was going to cry over the phone. After I gave the phone to “Bob,” I thought he was, too.

That kind of empathy and social intelligence might not get measured on a state test but, no matter what his scores are, I’m betting on “Bob” having a very successful life…

A Look Back: New Study Finds That Students Become More Academically Motivated If They Have Hope In “Socioeconomic Mobility”