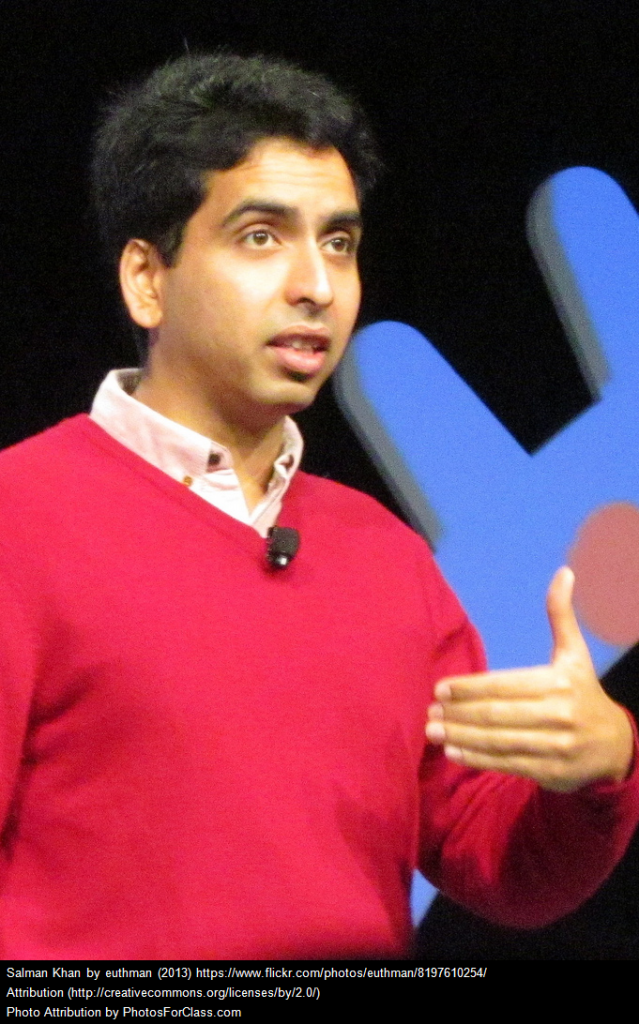 TED Talks has a special next week on PBS called Education Revolution that is featuring Sal Khan and others.

Here is how they are describing it:

TED Talks: Education Revolution, hosted by author, producer and comedian Baratunde Thurston and actor and singer Sara Ramirez, focuses on how education is changing to adapt to our new digital world. The program features talks from educator Sal Khan, who examines what the classroom might look like in the future and the impact of online teaching, Victor Rios, who takes a deep dive into the problems of the school-to-prison pipeline, and Principal Nadia Lopez, whose middle school is in the most dangerous borough in New York and where almost all her students live below the poverty line. TED Talks: Education Revolution also addresses the issue of over-parenting with some revolutionary ideas from Julie Lythcott-Haims, author of How to Raise an Adult, who believes chores and love are more important than a check-listed childhood. The program also features music from Meshell Ndegeocello and a performance piece from the legendary Anna Deavere Smith from her one-woman show, Notes from the Field: Doing Time in Education.

Today, they released Khan’s talk, which I’ve embedded at the end of this post (you can read the transcript here).

I’ll never understand why Khan and other tech advocates always have to hype their tech as the thing that is going transform education – can’t they be satisfied in producing a product that may just make it a little better for a lot of students?

TED Talks did this kind of program with PBS in 2013 also (I’m not aware of them doing it during other years, but perhaps I just missed it?). Here are posts I wrote about that event:

Here’s the video of Khan’s talk:

Video: “How to take Better Photos with your iPhone!”