A Look Back: “Private Foundations Have A Place (And Have To Be Kept In Their Place)”

Private Foundations Have A Place (And Have To Be Kept In Their Place) is the headline of a piece I wrote for The Huffington Post in 2010.

It was informed by my longtime dealings with private foundations during my community organizing career, and by what I had seen of them since I entered the teaching profession. 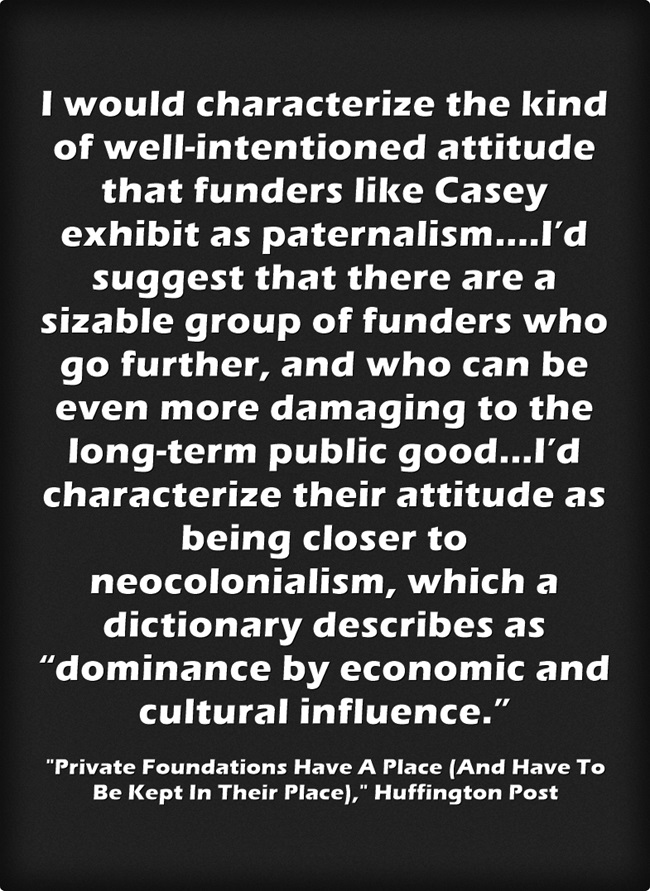 Since that time, I’ve learned a lot more, and you might be interested in The Best Resources For Learning About The Role Of Private Foundations In Education Policy.