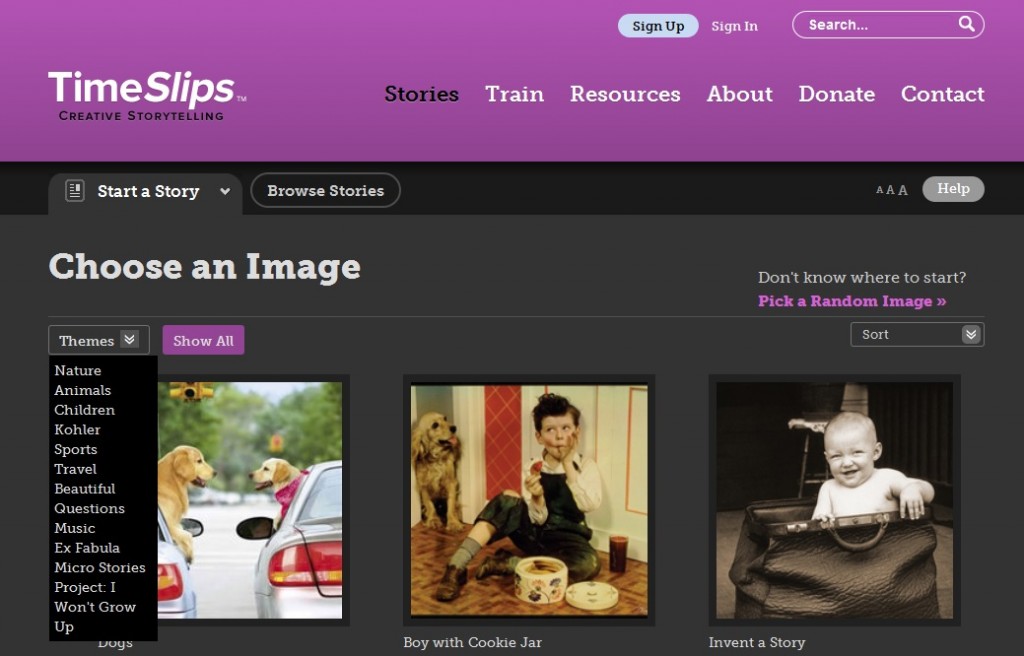 I’ve been critical of the MacArthur Genius Awards for their recent tendency to “play it safe” with their choices (and to sometimes clearly picking the wrong people).

They just announced this year’s winners and they all appear to be worthy winners, though it does seem they avoided those working in grass-roots political change arena. Just contrast their winners with those who the Goldman Prize chooses to recognize for environmental work.

One particularly intriguing pick for teachers of English Language Learners, though, is Anne Basting. She’s the founder of TimeSlips, which is designed to assist the elderly but which clearly has an application to the ELL classroom.

I’m just going to reprint here my 2013 post about the organization, which I headlined Looking For Assets, Not Deficits:

I’ve tried to apply the idea of looking for assets instead of deficits throughout my community organizing and teaching careers, and have written a lot about it in my books and in articles. One key strategy to make this work is by eliciting stories.

Of course, this strategy is not limited to community organizing or to the classroom.

Science Daily has just published a fascinating report on the use of this kind of strategy by medical students with dementia patients. Their purpose was to building on the creative assets of patients through having them tell stories based on thought-provoking photographs.

Their strategy, called TimeSlips, seems in many ways similar to TPR Storytelling in second-language classes (at least to my untrained — in both TimeSlips and in TPRS — eye).

I’ve embedded two videos of TimeSlips in action at the end of this post. However, before I end with them I want to point out that I’m blogging about it for more reasons than just the fact it has an interesting connection to teaching a second language (though the fact that dementia is beginning to make itself known in my family also makes it particularly interesting to me).

The TimeSlips website is also perfect for English Language Learners. It has many great images and encourages people to write their own stories about them. In fact, they also provide multiple scaffolded prompts for each image.

I’m adding the post, and their site, to various “The Best…” lists, including:

The Best Ways To Use Photos In Lessons

The Best Online Tools For Using Photos In Lessons

Here are two videos about TimeSlips:

Responding To Student Letters From The First Day Of School