Google announced today a new system of machine translation which, they say, dramatically increases its accuracy.

You can read about it at their blog. TechCrunch describes it as “looking at the sentence as a whole, while keeping in mind, so to speak, the smaller pieces like words and phrases” as opposed to previous efforts as translating by “phrase.”

This new system has been uploaded to Google Translate for Chinese-to-English, and I’m eager to have my Chinese English Language Learners try it out tomorrow to let me know what they think of it.

GMNT, the name of the new system, is in green on this chart, and you can see how much it is supposed to improve the translation accuracy. Based on these results, it seems safe to assume that several other languages will soon have GMNT applied to them in the app, too: 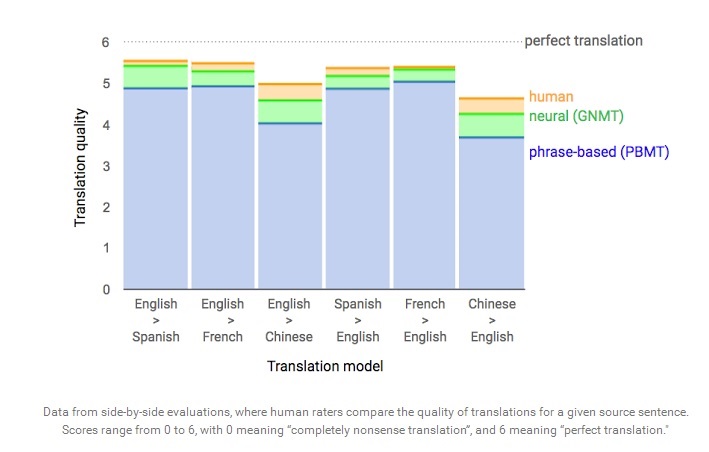 I do have to say that based on my very imperfect Spanish, the evaluation of Google Translate’s present ability in Spanish/English translations seems pretty optimistic (a five, with a human translator at five-and-a-half), but I may very well be wrong.